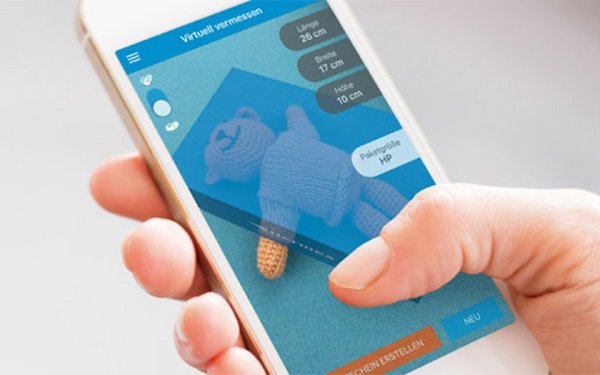 Augmented reality is now getting added to packages being shipped.

European delivery company Hermes has introduced technology that allows the sender of a parcel to create a personal video message that is then linked to the package being sent.

Hermes Play lets a package sender pre-record a message and upload it via the Hermes Send app. A 2D barcode is then created to be added to the parcel label.

When the package arrives, the recipient can scan the code and watch the video message, which is played through augmented reality on top of the parcel itself.

The feature is being made available to anyone using the Hermes app.

Hermes already tapped augmented reality for recognizing parcel sizing using a smartphone camera. Its parcel size calculator eliminates the need for a tape measure to physically measure the size of a package to be sent via Hermes.

This is yet another novel use of augmented reality, now creating digital messaging that rides along with packages on trucks.