With #Maxximizing, T.J. Maxx Turns Pop-Up Shopping Into A Game 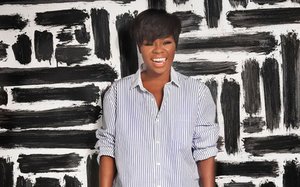 Off-price retailer T.J.Maxx, already one of the best-performing women’s retail brands, is introducing #Maxximizing, an interactive game based on pop-up collections around the country.

Those pods are popping up in locations around New York and Los Angeles as well as online, giving shoppers the chance to guess the total value of items. The game is tricky, since selections mirror T.J. Maxx’s usual discounts of anywhere from 20% to 60% less than full-price department stores.

Players post a picture with their guesses to Instagram for the chance to win everything shown in the pod, or an equivalent gift card.

The contest builds on the brand’s positioning as a favorite place to hunt for fashion treasures, which continues to resonate with shoppers.

Last week, more stellar financial results from parent The TJX Companies shows just how appealing that positioning is, with sales and profits barreling past industry expectations.

For the fourth quarter, the Framingham, Mass.-based holding company says rising traffic drove a 6% gain in comparable-store sales growth, with total revenues advancing 2% to $11.1 billion. Net income slipped to $842 million, from $877.2 million in the year-ago period, but rose significantly for the full fiscal year, to $3.06 billion, up from $2.61 billion in the year earlier.