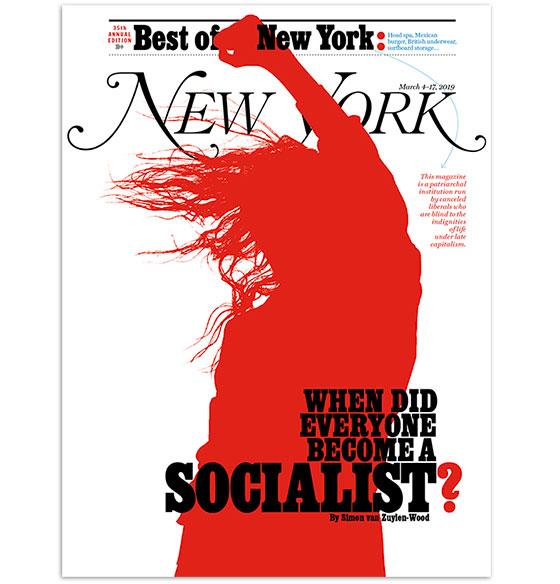 Staffers at New York Magazine yesterdaywere notified via an internal memo from CEO Pam Wasserstein that 32 employees would be laid off.

In the memo, obtained by CNN, Wasserstein wrote: "As part of our long-term planning process, we took a hard look at our existing structure and roles in an effort to most effectively organize our resources around our business strategy. I believe this restructuring is necessary to put us on the firmest possible footing as an independent company, though that does not make today any less painful.”

Sixteen of those 32 laid off are full-time workers, amounting to approximately 5% of its staff. The remaining 16 employees were part-time or contracted workers.

Layoffs were delivered across audience development and circulation, copy-editing, fact-checking, production and video. The move is reported to be part of a restructuring across the organization.

WWD reports a spokeswoman stated the changes “reflect a need for new focus as we build our digital subscription business; in others, they reflect an overdue integration of print and digital staffs.”

According to her, the restructuring had been in the works for the past several months as the publisher looks to “focus our efforts where we see the most opportunity for future growth.”

In December 2018, New York’s staff made moves to unionize. A large portion of those laid off come from that recently formed unit, though the group hasn’t yet finalized a contract with the company. WWD reports that union leaders are said to have negotiated with management to “to secure improved severance pay, extended healthcare coverage and rights to our members’ publisher work,” as one leader wrote on Twitter.

The layoffs come at a time of great change for the media company. Longtime EIC Adam Moss will step down at the end of this month, replaced by David Haskell on April 1.

Wasserstein was reported to be looking for an investor for the magazine’s parent company, New York Media, and to be exploring a sale, as the company reportedly loses approximately $12 million annually. However, last month The Wall Street Journal reported the outlet was no longer seeking a new owner. Wasserstein took it off the market, announcing the move in a town hall meeting at the company.

To capitalize on this influx of digital readers, New York Media erecte d paywalls across its site last November, including the verticals Vulture, the Cut, Intelligencer,  Strategist and Grub Street.