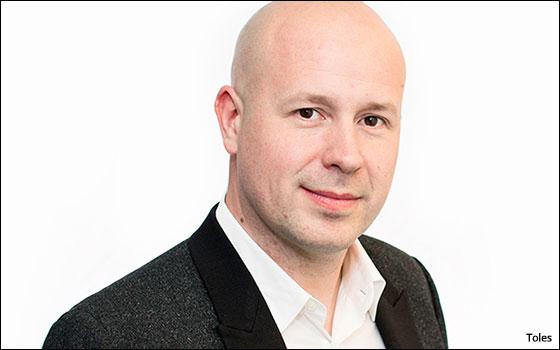 “Given our size and the emergence of growth properties like ‘House of Highlights,’ 'B/R Football' and 'B/R Kicks,' we felt it was time to bring in a CCO like Sam to help us continue to evolve,” Bleacher Report CEO Howard Mittman told Publishers Daily.

Bleacher Report has a content team of about 250 full time producers, he noted.

Toles will help Bleacher Report “develop a disciplined system through which we can create new, compelling content and support our amazing talent pool of creators,” Mittman stated.

Toles’ appointment comes on the heels of an announcement to develop sports betting content from a B/R branded studio in the Caesars Palace Las Vegas sports book, as well as a significant expansion period for "B/R Football" and its coverage of UEFA Champions League, per the company.

Bleacher Report operates its website, app and social channels. According to Shareablee, which measures social-media audiences, Bleacher Report is the most engaged sports brand on social media in 2018.

The brand drove more than 1 billion social engagements. Its "House of Highlights" brand, for example, had over 11 million followers on Instagram in 2018, with an average interaction rate of 5% (the account now has over 12 million followers).

Toles stated he will be “laser-focused on serving deeply passionate audiences by connecting them to diverse, multitalented creators across all forms of media and distribution.”

Prior to MGM, Toles was senior vice president-general manager of Vimeo’s Entertainment Group, where he oversaw programing for the platform, which reaches 250 million+ unique viewers each month.