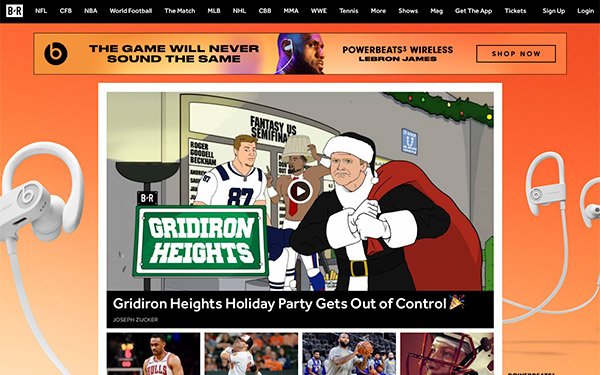 which has a target audience of millennials and Gen Z, claims to have more video views and interactions than any other publisher in the sports category across social platforms.

It had the most actions (post-level reactions, shares, comments, retweets and likes) across Facebook, Twitter and Instagram in November for a sports brand, with 373.9 million actions. It was ranked as the most engaged sports brand on social media.

That's according to Shareablee, which measures social-media audiences.

Bleacher Report drives more than 1 billion social engagements, including its House of Highlights brand, which now has 11 million+ followers on Instagram in 2018, with an average interaction rate of 5%.

ESPN, however, had the highest engagement on its branded content, with 243.1 thousand actions, partnering with Exxon, Coca-Cola and Dove Men+ Care.

Bleacher Report’s strategy is to create and fire off shareable content across social media, meeting their young audiences were they are. Its app is the most frequently used sports app in the U.S., with an average user opening it 4.5 times a day, according to the company.

Though Bleacher Report may have the most engagements on social media, powerhouse ESPN continues to dominate in terms of followers. On Twitter, the brand has 33.7 million followers compared to Bleacher Report’s 6.76 million.

On Facebook, ESPN has 18.7 million followers, and Bleacher Report has 8.1 million.

Instagram is a similar story: 11.5 followers for ESPN, 8.6 million for Bleacher Report.