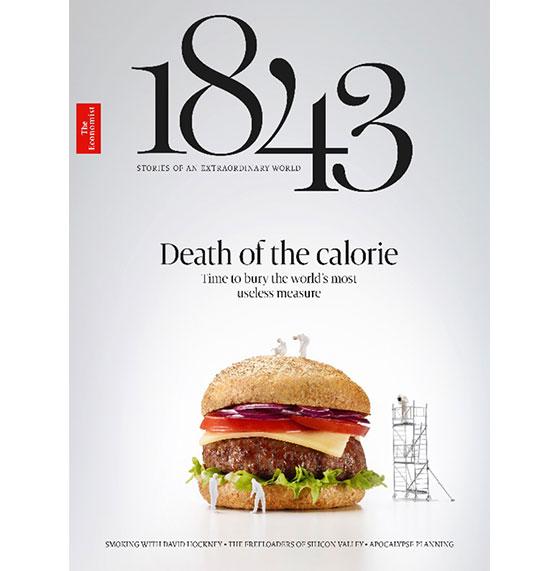 The Economist is relaunching its bimonthly lifestyle magazine 1843, under the vision of its new editor-in-chief, Rosie Blau.

Blau was appointed in January 2018. She joined The Economist in May 2011 on the Britain section and most recently served as a China correspondent, based in Beijing.

The new April/May 2019 issue, out today in the UK and March 19 in the U.S., represents her new approach to the publication.

“In a world where we are all deluged by breaking news, we are trying to do something different,” Blau told Publishers Daily. “Our aim is to make you look at your world again, to see it in a new light, telling stories that make you question your assumptions, or take a sideways look at life.”

The issue will also be available on the 1843 website.

“At the heart of the plan is transforming 1843 from a predominately print publication, to a multiplatform title that readers can engage with, in print, in-app, web, film, podcast and event format,” publisher Mark Beard told Publishers Daily.

Named for the year The Economist was founded, 1843 provides readers with long-form narrative journalism, irreverent columnists and photography and illustration, with design, style, food and travel sections.

It has a redrawn logo and the new tagline, “Stories of an extraordinary world.”

“The world is a very different place to when 1843 was originally launched,” Beard said. “Readers want to read, watch and listen to content in a range of formats, dependent upon the time, place and mood in which they are consuming content.”

The Economist also expanded its audience and advertisers, and that experience “tells us that we need to be present in print and in digital, including in-app, online, film and podcast," Beard said.

For example, from the relaunch issue, 1843 will be available within The Economist Classic app, rather than being published in a standalone app. (The in-app edition of 1843 is available to download, in full, for subscribers to The Economist.)

Soon, 1843 content will also be integrated into Economist.com, “increasing the number of eyeballs who will view the content and also increasing the amount of advertising inventory that is available to brands that wish to engage with the 1843 audience,” Beard added.

“Print is just part of our strategy,” Blau said. “We persist with print because we’ve found a lot of people have a real connection to a print product. We’re producing a really beautiful object.”

The ratio of editorial to ad pages differs per region in the magazine, according to Beard. In the UK, for example, it is 60/40 for the relaunch issue, with advertisers like UBS, Patek Philippe, Harry Winston, Graff, Church’s, BMW, Maserati, Dolce and Gabbana, Canali, among others.

The relaunched magazine also comes with an "1843 Design Special" supplement, one of a number of supplements planned for the year ahead. The supplement is a mix of editorial and advertising.

The cover story of the relaunched issue is “Death of the Calorie,” which looks at “why we should bury the world’s most useless measure.”

Blau said she’s “seen a real appetite” for this kind of story, rather than focusing on bad events globally. “It connects to people’s daily life or experiences in some way, but offers them a really substantial and surprising view.”

Every 1843 issue begins with the "Upfront" section, “a tangential take on the world right now,” and the "1843 Interview", “an encounter with one of the world’s most fascinating people,” plus “a dispatch from the future,” called “Postcard from Silicon Valley."