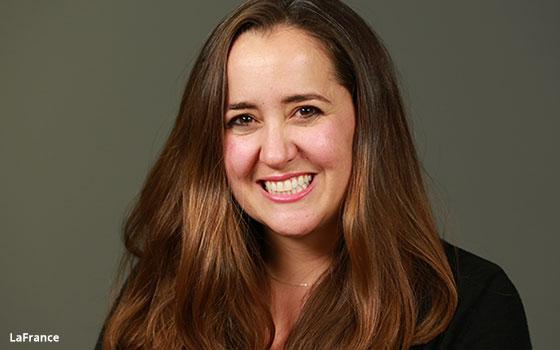 Adrienne LaFrance, editor of TheAtlantic.com since 2017, has been promoted to executive editor of The Atlantic, across platforms.

Swati Sharma and Sarah Yager, deputy editors, were promoted to managing editors. Sharma will run the day-to-day coverage at TheAtlantic.com, while Yager will become operations chief for The Atlantic.

LaFrance will continue to oversee TheAtlantic.com, as well as all cross-platform initiatives and The Atlantic’s video and podcasting teams, which are led by Atlantic Studios executive producer Kasia Cieplak-Mayr von Baldegg and executive producer of Atlantic podcasts, Katherine Wells.

The Atlantic's print teams will remain under Don Peck as editor and Denise Wills as deputy editor.

LaFrance came to The Atlantic in 2014 and covered technology, politics and the media. She was editor of the Science, Tech and Health sections, before becoming editor of the site.

She has also worked at WBUR Boston, Honolulu Civil Beat and Nieman Lab.

Sharma will guide the daily reporting at TheAtlantic.com and oversee all of the site’s sections and their teams, including Politics, Culture, Technology, Ideas, Science, Family, Global, Health and Education.

Yager will oversee editorial operations at The Atlantic and be the primary editorial lead on budgeting and personnel.

For the past year, The Atlantic's editor-in-chief Jeffrey Goldberg has been restructuring the editorial leadership team, making promotions and creating new roles and responsibilities.

The Atlantic noted women now make up the majority of the top senior newsroom positions at the publication.

Separately, Jon Kelly, the cofounder of the Hive, is leaving Condé Nast.

Kelly cofounded the Vanity Fair site in 2016, covering the intersection of business, technology, politics and media. He told the New York Post it “was the right time to pursue something new.”

Vanity Fair editor-in-chief Radhika Jones is searching for Kelly’s replacement, according to NYP.