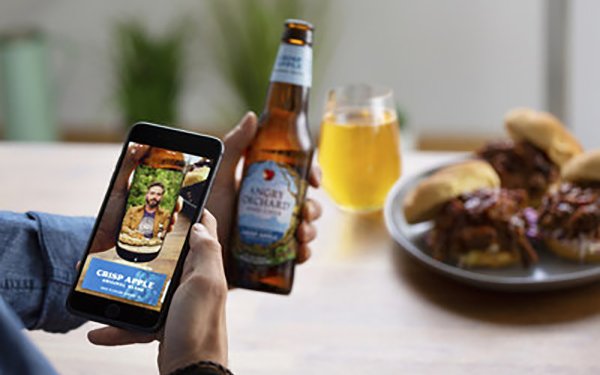 The app, developed by Rightpoint, combines computer vision and machine learning allowing the app to identify the style of cider and determine the exact dimensional location of the phone and bottle.

"Hard cider deserves a place at the table,” stated Ryan Burk, head cider maker at Angry Orchard.  “The unique flavors and ingredients in our styles complement and enhance the food pairing experience that is most often associated with wine.”

The app, available on Apple iOS, also will allow users to take a 360-degree tour of the apple trees at Angry Orchard’s cidery and research facility in Walden, New York