Brands, Agencies Celebrate The Luck Of The Irish 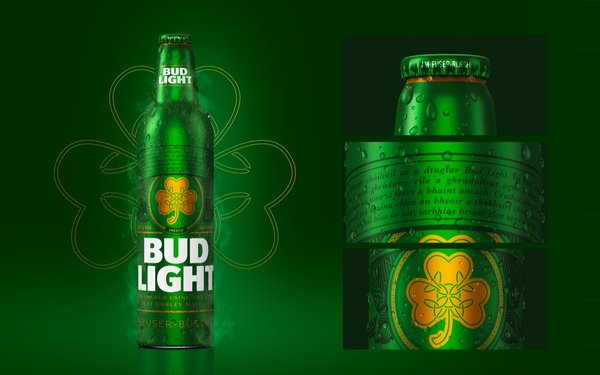 Brands and agencies are recognizing St. Patrick's Day on Sunday, March 17 with special activities and events.

Chemistry Atlanta celebrated the day on Thursday, since the holiday falls on a non-work day this year, with a bar-hopping leprechaun hunt. Employees received a note when they arrived in the morning with a number assigning them to a team before heading to the Fado Irish Pub for lunch and drinks.  Chemistry’s Chief Creative Officer Chris Breen and president Tim Smith found a spot to hide at one of the 10 bars on the list.

Teams go drinking from bar to bar and the first to find the "leprechauns" win an array of (fake) gold and green prizes.

Spotify’s For The Record kicked off the weekend with a Friday post that features the top St. Patrick's Day songs that stream in Ireland.

This year, Austin-based innovation agency T3, is hosting a happy hour for St. Patty’s Day with holiday treats and green beer organized by their people and culture team.

Bud Light is attempting to give beer drinkers a "light alternative" so they can still feel "authentically Irish, without having to do anything crazy like drink stout," says Stacey Mikula, senior brand director, Bud Light Innovation.

The bottle's color is inspired by the hue of the grass in the Killarney Hills, the company says. The beer, however, still tastes the same.

events, holiday
2 comments about "Brands, Agencies Celebrate The Luck Of The Irish".
Check to receive email when comments are posted.
Read more comments >
Next story loading