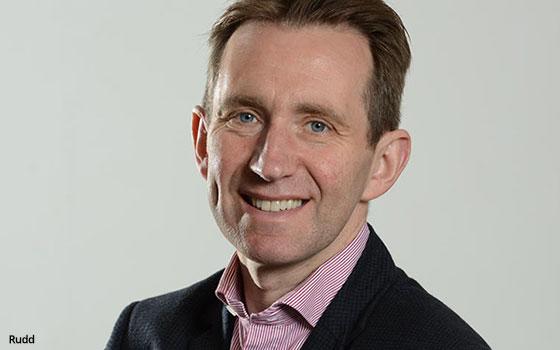 Collins succeeds Jason Gonsalves, who left the agency in December.

In his new position, Rudd will set the direction of  Leo Burnett London and Fallon London, dual roles that were consolidated under Collins about two years ago. Rudd will also oversee clients including ŠKODA, Betfair and McDonald's.

Rudd is a familiar face within the Publicis Groupe family, having spent 17 years at the Groupe's BBH London office. There, he held a number of senior positions including managing director between 2008 and 2014 and chief operating officer between 2014 and 2016.

Rudd is also reuniting with Annette King, current Publicis Groupe UK CEO, whom he worked with at WPP where she spent more than 18 years, elevating to Ogilvy UK chief executive before departing for Publicis last year.

At WPP, Rudd spent three years at Ogilvy, lastly as CEO of the London operation.

He is credited with helping to secure 14 new business wins for the agency, including Vodafone, Mondelez and Boots.

“Charlie joins at a really exciting time of change and innovation. With his blend of skills and experience, he will bring strong leadership to Leo Burnett London and Fallon London and further collaboration across Publicis Groupe UK," says King.