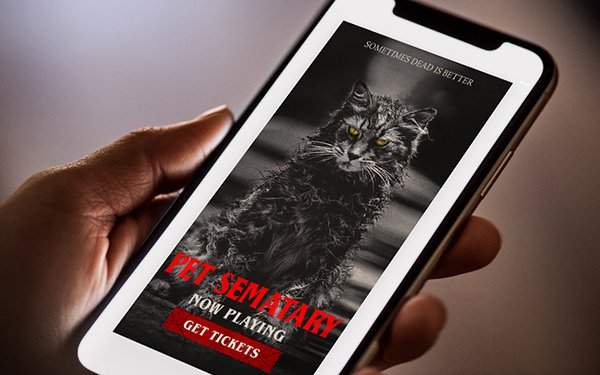 Paramount Pictures is the first movie studio to launch a campaign using this new format.

“We know that ad blindness is a huge issue for the industry,” stated Michael Rucker, COO,OmniVirt. “3D Photo Ads are giving advertisers the ability to solve this with their existing creative and media spend.”

On average, 3D Photo Ads see three-to-five times the uplift in click-through rate on average, and a 2.42% engagement rate, according to OmniVirt, beating Facebook’s average engagement rate of 0.16%.

Brands can add 3D elements to give depth to photos and banners, thereby converting flat content. When users scroll and move their phone, the ad activates the 3D effect.

Vice distributed 3D photo ads to its display inventory across its properties, specifically for the film “Beach Bum,” starring Matthew McConaughey and Snoop Dogg. The movie poster’s contents tilt around with the effect.

The 3D format offers “our brand partners an innovative way to communicate with their audience across our ecosystem,” stated Shyam Panchal, Vice’s global director of commercial products.

For Paramount Pictures, the format is being used to promote “Pet Sematary,” a remake of the 1989 movie based on the Stephen King novel.

Users who come across the “Pet Sematary” movie posters and banner ads online get a 3D version of the creepy cat from the film.