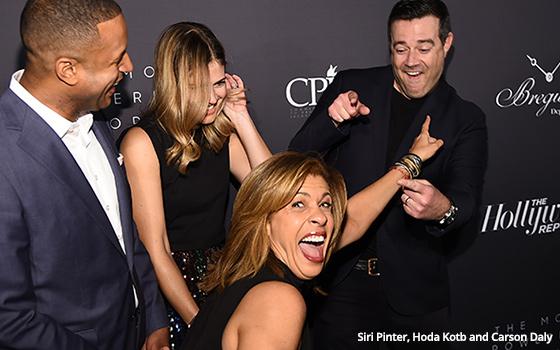 The Hollywood Reporter has released its ninth annual “35 Most Powerful People in Media” list, naming the most influential figures in news and cultural commentary.

Together with The Committee to Protect Journalists and Reporters Committee for Freedom of the Press, THR celebrated the release of the list with a cocktail reception at The Pool, hosted by THR editorial director Matthew Belloni.

The series premieres June 30 and is inspired by the 2014 Ailes biography, "The Loudest Voice in the Room," penned by Vanity Fair's Gabriel Sherman.

Watts and Sherman were two of the attendees at the star-studded party in New York City on Thursday, as were a number of others who had made this year’s “most powerful” list.