AT&T Should Grab Attention With Ads At This Year's Masters 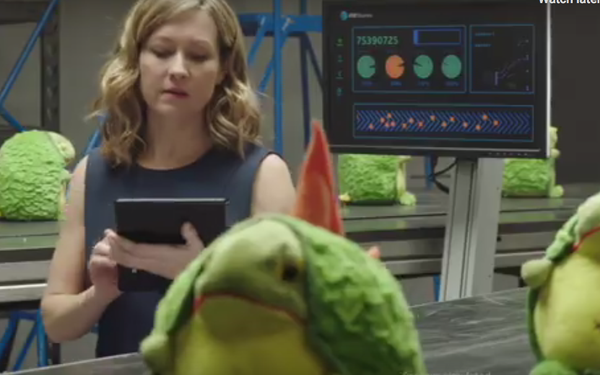 This year’s Masters tournament in Augusta, Ga. this weekend may end up being more riveting  to meteorologists than golfers. If things get soggy, new AT&T commercials will at least be a worthwhile diversion.

These do-good messages have some interesting helpers: Kathryn Bigelow, a director probably best known for “The Hurt Locker” directed one of the spots. So did Michel Gondry, who has directed several films and is a 2004 Oscar winner for scripting  “Eternal Sunshine of the Spotless Mind.”

The Masters are a good place for image spots. Because organizers want it that way, ads are extremely limited during the tournament -- just a few each hour -- so each one probably gets unusual attention from viewers.

AT&T spotlighted its business unit during the Masters last year, too, when it introduced its “Power of &” ad campaign. It also used the Masters platform to launch its “Rethink Possible” campaign in 2010 and “Mobilizing Your World” in 2004.

But the Bigelow spot, “It Can Wait,” is the most startling. We see Dad driving Mom and two little girls on a winding coastal road. But oh my, Dad’s texting, and his kids and wife yell at him to stop. He relents -- and hen swivels his seat toward the children in the back and instructs his car’s smart speaker, “Movie mode.”

It turns out they’ve been in a “driverless” car all along, and the ad is pointing out how technology like autonomous autos may someday help alleviate the texting-while-driving epidemic. But that’s in the future.

Not mentioned  in the ad, but relevant to it, is new research from AT&T that shows that texting while driving is getting worse, not better, almost to the point of being considered normal behavior.  That’s a big issue for a wireless phone company and AT&T claims that for the last decade it’s been the “unquestioned industry leader in distracted driving awareness initiatives.” It’s helped, but it hasn’t ended the problem.

Ryan Luckey, assistant vice president for corporate brand marketing, writes in a blog, “Our most recent research shows attitudes toward the dangers of distracted driving are softening, and the behaviors are getting worse. And it’s not just in cars anymore. It now includes new forms of transportation like e-scooters and motorized bikes.”

Another ad celebrates the company’s own “AT&T Believes” public service initiative, launched last year in Chicago, that shows how AT&T’s own employees and grass-roots organizers in economically distressed neighborhoods can work to improve things. AT&T is expanding the initiative to 19 other cities this year.

And a fourth commercial that showed up during the Augusta National Women’s Amateur tournament just a few days ago titled “When They Tell My Story,” is AT&T’s stab at promoting gender equality.

Creative for the “Edge to Edge”, “It Can Wait” and “Believe” campaigns was handled by BBDO; “When They Tell My Story” was done by an in-house team from AT&T and Turner.