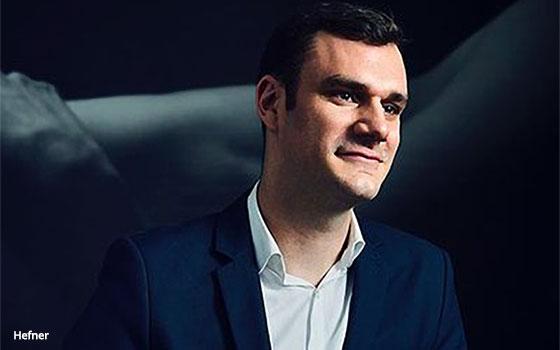 Cooper Hefner, son of the late Hugh Hefner and chief of global partnerships at Playboy Enterprises, revealed plans to launch his own media company. The new endeavor will be called Hefner Media Corporation and include a digital content platform called HefPost featuring news, lifestyle and adult content, according to The Hollywood Reporter.

The millennial-focused HefPost is reported to be eyeing a 2020 launch, sporting the slogan “Arouse. Inform. Live.”

Hefner has prior experience with launching a media company. In 2016, he founded Hefner Operations & Productions, or HOP, an outfit specializing in video, content and events, that was acquired by Playboy Enterprises just six months after its launch.

Hefner has been instrumental in helping Playboy evolve in the modern publishing world.

Following Playboy Enterprise’s acquisition of HOP, Hefner became the company's Chief Creative Officer, overseeing print, digital content and events, while also working across advertising and licensing. Hefner also brought nudity back to the magazine’s pages in addition to changing the business model, which included adding a paywall to the brand’s website.

In fall 2017, at the MediaPost Publishing Insider Summer, he told the audience: “We’re just never going to be able to generate as much revenue as we would behind a paywall. We would be more interested in creating content for individuals who really care about our brand — 2 million to 3 million. That audience is a lot more valuable than attracting 30 million uniques a month.”

Later that year, Kohn told The New York Times the company planned to pull back the print magazine to a quarterly schedule. Earlier, he said the brand may shutter the print edition completely.