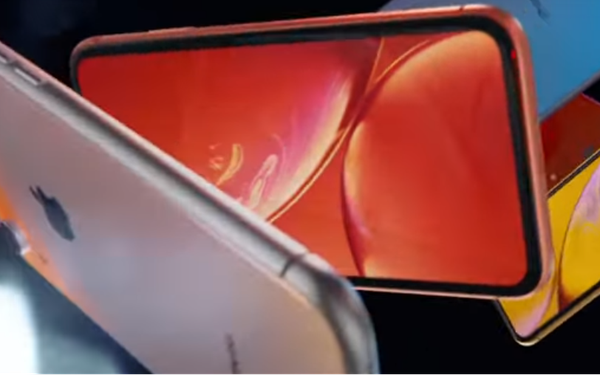 Four months ago, Apple CEO Tim Cook told investors the company had experienced a bad holiday sales season, and revenue for that quarter would drop $7 billion below estimates. The company’s iPhone sales had been tailing off for the last few months, causing its stock price to fall by 32%.

Now, Kantar research reports, Apple’s iPhone sales went up 6.5 percentage points between January and March, giving it a 45.5% share of the smartphone market.

Smartphone sales slowed because consumers hold on to their phones longer, and because the new models don’t seem to offer features so new that users feel an urgent need to upgrade.

HSBC analyst Erwan Rambourg late last year proclaimed that “Apple’s iconic hardware unit growth is broadly over for now,” and that the company was “facing the reality of market saturation.”

Increasingly, Apple has been doting on its services areas over phones and pads, as evidenced by the rollout of its new streaming service, Apple TV Plus, and even a new Apple credit card.

Data from the Kantar report, compiled by global insights director Dominic Sunnebo, says one out of 10 smartphones sold in the U.S. in the January-to-March quarter was an Apple XR iPhone. Kantar reports that model was the top selling iPhone in Great Britain, outpacing the iPhone XS and iPhone XS Max combined in Europe.

In China, where Apple faces very strong competition from homegrown Huawei and Xiaomi, Kantar said Apple’s iPhone X was the top selling phone in what is commonly called the first quarter. The price differential between Apple and other phones also helped sales, as Apple’s phones were 2% cheaper than a year ago for Chinese consumers.

That was the high point of good news for Apple, though. In five major European markets, Android phones made up 79.3% of all smartphone sales, while Apple’s share fell to 20.1%

In the U.S. and abroad, Apple has been introducing attractive trade-in offers, a relatively new wrinkle for the company, and it’s also cut prices in some overseas markets.

In the U.S., various Android brands make up 53% of sales, and with Samsung and Apple increasingly going after the high end of the market, Sunnebo wrote, “Motorola is having increasing success with low- and mid-range products.” Altogether it has a 6.6% share of the market, its biggest slice of the pie in three years.