'Jeffersons,' 'All In The Family' Caught Up In Remake Mania 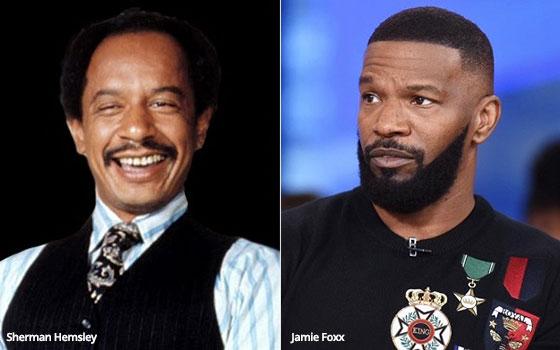 It is open season on works from the past as producers seek to correct, or at least reimagine them.

The latest such project comes to our attention via ABC, which intends to re-create one episode apiece of “All in the Family” and “The Jeffersons” for airing live back-to-back in prime time with a cast of (mostly) A-list stars in the iconic roles of Archie and Edith Bunker and George and Louise Jefferson.

In general, works from the past that get re-staged for the present day tend to get refracted through a modern-day prism according to current events, circumstances and points of view.

This is done regardless of the works’ actual relevance to the present day. On the contrary, these remakes and re-stagings are almost always positioned as newly relevant, or just as relevant, as they were when they were first produced.

This is the way this project is being positioned in the trade press by ABC and the projects’ principals, who include Norman Lear, the shows’ original creator, and Jimmy Kimmel.

“They have said over and over again that these two shows were meant for the '70s and would not work today,” insists Lear, 96, in a comment prepared for this story published on the The Hollywood Reporter Web site last week.

This remark would have you believe that the subject of these shows’ appropriateness here in the present day is a topic of widespread discussion, if not hot debate -- which it isn’t.

Needless to say, Lear disagrees with these imaginary naysayers. He says he is “here to prove, with two great casts depicting ‘All in the Family’ and ‘The Jeffersons’ the timelessness of human nature. I cannot wait to see what these glorious performers make in our time of these indelible characters.”

This experiment in live, revival television is scheduled to air May 22 on ABC. This event will run for 90 minutes, which is also interesting since original episodes of both of these shows each somehow fit into 30-minute time slots way back when.

It is difficult to understand how or why they would now require 45 minutes each, unless ABC intends to pack them with more commercials than they would have had originally.

The specific episodes that Lear, Kimmel and their producers intend to re-create were not identified. This show will be titled “Live in Front of a Studio Audience: Norman Lear’s ‘All in the Family’ and ‘The Jeffersons’.”

So far, the casting includes Woody Harrelson and Marisa Tomei as Archie and Edith Bunker, who were played originally by Carroll O’Conner and Jean Stapleton. Their performances rank among the finest in all of television history, and it is not exactly going out on a limb to speculate that, no matter how hard Woody Harrelson and Marisa Tomei might try, their performances will amount to pale imitations.

On the “Jefferson” side of this special, Jamie Foxx is set to play George and Wanda Sykes will play Louise, better known to a generation of TV viewers as Weezy. This pairing might do marginally better in the roles made famous by Sherman Hemsley and Isabel Sanford than Harrelson and Tomei will do playing the Bunkers.

But the real question surrounding these remakes is how or if they will be altered to accommodate the many social tensions -- both real and imagined -- that provoke and animate so much overheated discussion here in the present day.

In fact, one question worth pondering is this one: If social media and its millions of self-appointed judges and juries existed in the 1970s, would “All in the Family” have been able to withstand the instant, angry criticism it no doubt would have generated? The answer is no. Of course it wouldn’t.

tv
3 comments about "'Jeffersons,' 'All In The Family' Caught Up In Remake Mania".
Check to receive email when comments are posted.
Read more comments >
Next story loading