Older Companies' Message To Netflix: We Want Our Shows Back 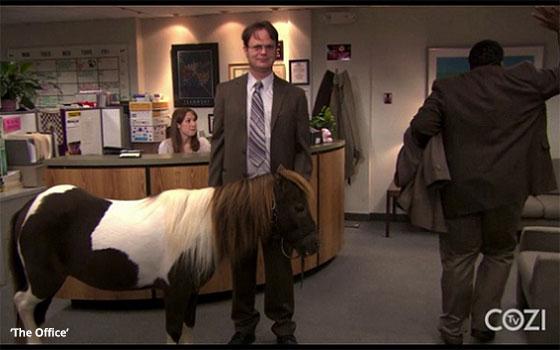 Over the next few years, Netflix stands to lose content rights representing as much as 40% of its viewership, according to an analysis by The Wall Street Journal.

The content in question comprises off-network series such as “The Office” and “Friends,” which have emerged as popular attractions for Netflix, often accounting for more “viewing minutes” than Netflix’s original content, according to the WSJ report published last Thursday.

The TV industry’s most prolific content producers have long licensed some of their highest-profile hits to Netflix. But now, as three of these suppliers gear up to launch and build subscription streaming services of their own, they may be in a frame of mind to yank their content from Netflix in order to offer it on their own services, the WSJ story suggests.

The three companies mentioned in the WSJ story are Walt Disney Co., WarnerMedia (AT&T) and NBCUniversal (Comcast). Among the properties from these companies that do well on Netflix are “Grey’s Anatomy” (Disney), “Friends” (Warner) and “The Office” (NBCU).

The Journal story characterized “The Office” in particular as Netflix’s “No. 1 show.” The story cited unnamed sources in breaking the news that NBCU is engaged in “internal discussions about removing ‘The Office’ from Netflix when the contract expires in 2021.”

“Nonoriginal ‘library programming’ made up 72% of the minutes people spent watching Netflix in October,” according to Nielsen data analyzed and reported by the Journal. “That means reruns, and most of them are made by Netflix's rivals,” the story pointed out.

In other words, this “nonoriginal” programming is more popular on Netflix, in terms of time spent viewing, than the streaming service’s originals such as “Stranger Things” and “Ozark,” the WSJ story says.

TV companies (i.e., studios that make the shows) have long sold their intellectual property through their syndication and distribution units to just about any entity that has enough money to pay for it.

For example, “The Office” is currently seen on Netflix, on Comedy Central (in a non-exclusive cable deal) and on Cozi TV, the broadcast “diginet” (subchannel) that is part of the NBC Owned Television Stations division of NBCU. So it is not as if NBCU is worried about over-exposing this TV show.

On the contrary, the company wants to benefit itself from the show’s exposure. If “The Office” is a huge draw, or entry point, for Netflix subscribers, then NBCU figures it could be just as valuable for them, the very company that made and owns the show.

Netflix currently offers a varied selection of off-network content -- from “Frasier” to the original “Twilight Zone” and “Star Trek.” In the Journal story, Netflix’s position on the issue of “viewing minutes” was to point out that these older, off-network shows such as “Friends” have far more episodes than, say, “Stranger Things.” So, naturally, anyone who chooses to binge-watch “Friends” will expend more viewing minutes doing so than watching “Stranger Things.”

But therein lies the point. TV shows that run for multiple seasons on mainstream television, where they are nurtured and promoted by TV networks, have an inherent value that has not been equaled by originals produced in recent years for streaming services (or basic or pay cable either).

By taking back their most valuable shows, the older entities now getting into streaming have come upon a powerful weapon in their competition with Netflix.

In the WSJ story, “Friends” co-creator Marta Kauffman offered her view of why her show is still popular. Said she, “It’s not dark. It’s not twisted. It’s not about corrupt people. It’s comfort food.” She makes a point worth thinking about.