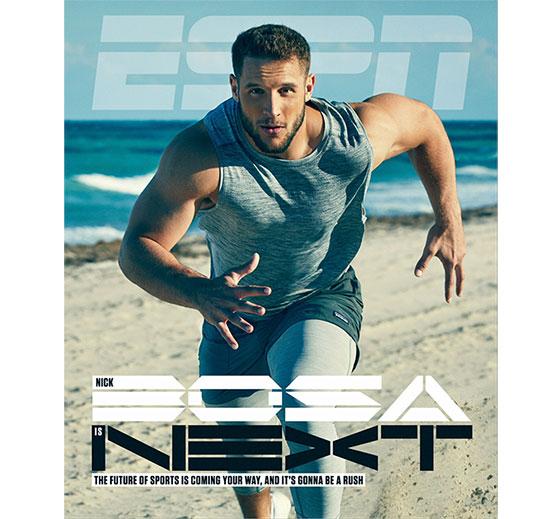 ESPN Magazine’s September issue will be its last, ending a 21-year run that started as a brand extension of the Disney-owned sports network.

The publication will end with its “Body Issue” featuring dozens of athletes in nude and semi-nude photographs, its response to Sports Illustrated’s yearly swimsuit issue.

ESPN left open the possibility of publishing the special issue, which reliably generates press coverage for the title, in the future.

“Consumer habits are evolving rapidly, and this requires ESPN to evolve as well," the company stated. "The only change here is that we are moving away from printing it on paper and sending it in the mail.”

The magazine announced the end of the publication in a meeting with its staff yesterday, John Ourand reported in Sports Business Daily, citing unnamed sources who said the magazine had lost money. ESPN didn’t plan to let go of print and circulation people yesterday, but those jobs may disappear by September.

The closure of the magazine comes as ESPN’s cable network has suffered from declining cable subscriptions. The cord-cutting trend of canceling pay-TV in favor of streaming services like Netflix resulted in the loss of 2 million cable subscribers to ESPN last year. The network ended the year at 86 million subscribers.

Tributes to ESPN Magazine flooded Twitter from fans throughout the publishing industry.

"I will always remember fondly my internship there right out of college. So many talented people. I really hope ESPN takes care of them," Stewart Mandel, editor in chief of The Athletic College Football, said in a post.

"ESPN Magazine was the first magazine I ever had a subscription to as a kid, so pouring one out for the latest print casualty," Evan Romano, associate editor of culture at Men’s Health, tweeted.

"Spin, Rolling Stone and ESPN the Magazine were the ones I subscribed to as a kid, the ones that made me want to do the job I do now. One is left," Travis M. Andrews, a writer at The Washington Post, said.

"I've been getting the mag since early high school. Was easily my favorite thing to read growing up. Might be the reason I became a sportswriter," Max Bultman, a reporter for The Athletic Detroit, shared on Twitter.