'Big Bang Theory' Finale May Be Last Of Its Kind 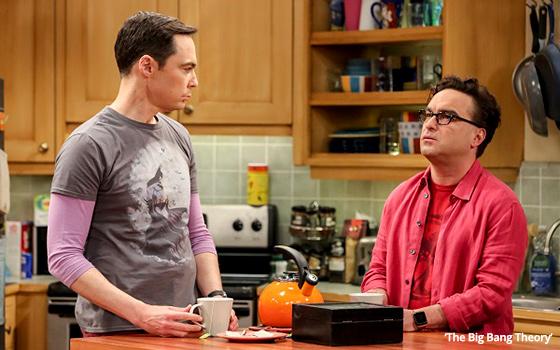 When “The Big Bang Theory” premiered in September 2007, one newspaper TV critic voiced his consternation over the way the show opened -- with a detailed conversation about the procedure involved in donating sperm.

“The opening scene of ‘The Big Bang Theory,’ an otherwise promising CBS comedy series about two socially inept geniuses, takes place in a sperm bank, where these two geeks are contemplating the donation of their, um, seed for posterity,” this critic wrote. Note his use of the expression “um” as a means of demonstrating his hesitancy to delve into this topic in the pages of a newspaper.

It was a situation common to newspaper-writing about TV in those days. Television was trafficking in subjects and language that were far ahead of what newspaper editors would allow -- even as recently as 2007. So a TV critic had to tread carefully -- and creatively -- when discussing the content that was then on TV.

Cut to the present day, and this “otherwise promising” network sitcom is just two weeks away from its grand finale on CBS after 12 seasons and 275 episodes. Perhaps an even better measure of its success is the huge amount of money this show has earned for everyone involved -- from the studio that produces it, Warner Bros. Television, to the Warner syndication arm that has sold the show's reruns for years to cable networks and local stations.

An exact or even speculative figure was not available via a Google search, but it would not be surprising to learn that this show's total earnings have been in the billions.

Its principal cast members have all earned at least $1 million per episode since at least 2017. With the show just two weeks away from airing its final original episode, it is reasonable to wonder if this sitcom -- and just one or two others such as ABC’s "Modern Family," which is due to call it quits next year -- will end up being the last of their kind.

What kind were they? They were the kind of prime-time network television shows that consistently drew audiences over 10 million per episode even when few other network TV shows were still doing so. And then they seemed to live forever in syndication.

Long the No. 1 rated prime-time comedy in America, “The Big Bang Theory” at its height routinely drew audiences in the 19-20 million viewer range. Even this season, the show is averaging more than 10 million an episode -- 11.445 million for an episode that aired as recently as April 18.

For years, “The Big Bang Theory” has been one of TV’s most ubiquitous shows, the kind of show that seems to turn up almost every time you sit down to watch TV and find yourself grazing through the cable and broadcast channels. In New York, it has not been uncommon to encounter “The Big Bang Theory” on consecutive channels airing at the same time -- TBS (Ch. 8 on local cable systems) and on local Ch. 9.

“The Big Bang Theory” is the only notable series finale on the networks this month. CBS will give it a one-hour send-off episode on Thursday, May 16, followed by a half-hour retrospective special titled “Unraveling the Mystery: A Big Bang Farewell.” The packaging is reminiscent of sitcom finales of yesteryear such as “Cheers,” “Seinfeld” and “Friends.”

And indeed, this “Big Bang Theory” finale, and the “Modern Family” finale a year from now, may be the last of their kind, since sitcoms today -- no matter how successful they are based on today’s metrics -- do not attract the same kinds of mass audiences as network sitcoms of old.

With “The Big Bang Theory,” the more things change, the more they stay the same. The episode due to air on Thursday, May 9, a week before the show's finale, is a rebroadcast of an episode from last February.

And what is the principal subject of this episode's storyline? According to CBS, the subject is: Donating sperm, just like in the show's premiere 12 seasons ago. Perhaps this is a sign that “The Big Bang Theory” is saying good-bye just in time.

tv
2 comments about "'Big Bang Theory' Finale May Be Last Of Its Kind".
Check to receive email when comments are posted.
Read more comments >
Next story loading