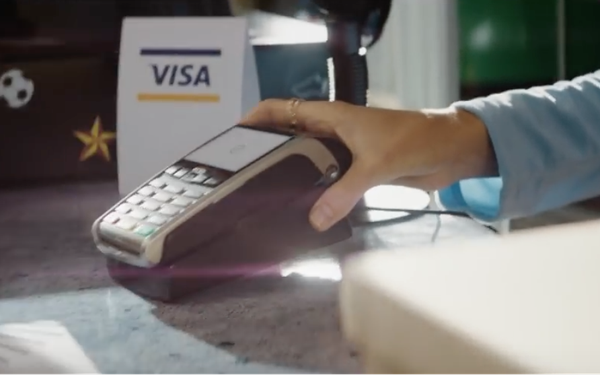 Visa is launching a global campaign for the upcoming FIFA Women’s World Cup France 2019, marking the brand’s largest investment in women’s soccer yet.

As FIFA’s Official Payment Services partner, Visa will center its “One Moment Can Change the Game” campaign from Saatchi & Saatchi around the idea that just one moment can change the game for good, encouraging women across the globe to chase their dreams. The effort will reach 33 markets with broadcast television, digital, social, print and out-of-home.

In France, Visa will install more than 1,600 point-of-sale terminals across the nine tournament venues and multi-sensory branding throughout the stadiums. The brand is also introducing biometric payments at select merchant locations in Paris, and collaborated with Tovi Sorga to produce a fashion-forward wearable.

“This year has seen a global wave of support around women’s empowerment, and the excitement is spreading with the sold-out opening and final matches for the FIFA Women’s World Cup France 2019,” states Lynne Biggar, chief marketing and communications officer, Visa Inc. “Visa’s long-time partnership with the FIFA Women's World Cup is more than a sponsorship, it is about being a catalyst for change and elevating women’s football.”

Across its sponsorship portfolio, Visa curates exclusive experiences, providing fans with Visa’s access to events like team warm-ups prior to official matches. At this year’s tournament, Visa is hosting more than 700 consumers from 28 different countries and more than 65 clients from across Europe and North America.

The effort is one of many initiatives at Visa focused on celebrating women across the globe. In March, Visa launched the first global Visa Everywhere Initiative: Women’s Global Edition, inviting women entrepreneurs to tackle FinTech and social impact challenges.