Is Drunk Elephant Being Pursued By Unilever? 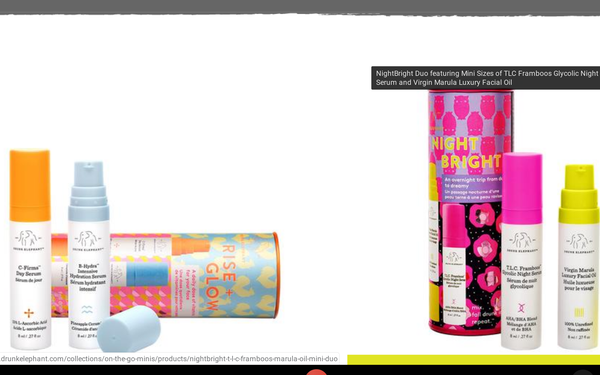 Unilever may be pursuing another start-up brand: Drunk Elephant, which makes "nontoxic" skincare products and markets them with a quirky, personal style.

Reports over the weekend said Unilever is offering $1 billion for the Houston-based firm. The story first appeared in the British newspaper The Telegraph.

While neither company would comment, in January Drunk Elephant did hire investment banks to explore a sale of the company, which was started in 2012  by Tiffany Masterson, a mother of four.

Drunk Elephant products have earned a following. As early as 2016, WWD reported that Estee Lauder was pursuing Drunk Elephant, and that it had become one of the fastest growing skincare companies in Sephora’s history. Five years after it started, Drunk Elephant had rung up $30 million in sales.

For Unilever, the acquisition would be another move toward products with an eco-conscious, healthful spin, symbolized by its launch of Love Beauty and Planet women’s products that are similarly postioned. Other brands of that ilk include acquisitions like Seventh Generation household cleaners, Dollar Shave Club, Tazo teas and condiments maker Sir Kensington, all of them once small, niche players that now take a big bite out of some of the more established brands in their categories.

It’s those newer players that younger consumers see first on social media, which is true of Drunk Elephant, with 585,000 followers on Instagram.

Drunk Elephant comes in neon-colored containers that are hard to miss. The name itself is based on marula oil, one of its ingredients. Supposedly when elephants drink fruit from the marula trees, they get tipsy.

On the company website, Masterson explains that she used her first attempt at drawing the company’s logo -- a series of primitive, simple lines -- and she emphasizes she’s a miserable artist.