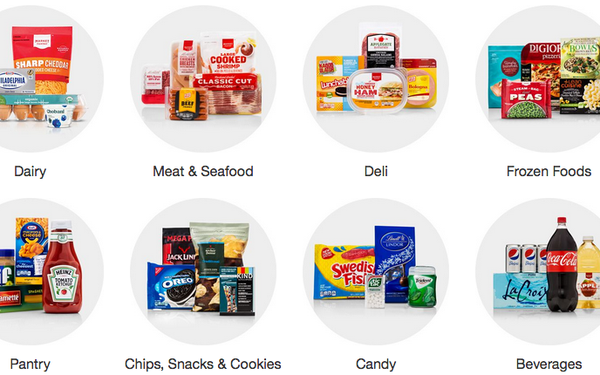 While America’s adoption of online grocery shopping is still slow compared to other regions’, it’s growing fast. A new report from Coresight Research finds that 36.8% of U.S. shoppers bought groceries online at least occasionally in 2018, up from 23.1% in the prior year. That translates to roughly 35 million more people, writes Coresight CEO Deborah Weinswig.

Amazon is still the one to beat, chosen by 62.5% of shoppers. But Walmart and Target are coming on strong. More than 37% of those who’ve purchased food online have made a purchase on Walmart.com last year, up from 25.5% in the 2017 survey, with Walmart doubling its number of online shoppers. And 15.7% purchased from Target.com, up from 6.9%, translating into more than triple the number of absolutely new shoppers.

The research, based on 1,888 respondents, also reveals that despite its dominance, Amazon plays a minor role in food shopping, with people making only occasional — and small — purchases. Just 26% of Amazon shoppers buy “some,” “most” or “all or almost all” of groceries online.

But that percentage jumps to 35% for Walmart, Target and Kroger’s online shoppers.

Of course, overall spending is still tiny, accounting for about 2.2% of all food and beverage sales last year. And while Weinswig predicts that will rise to 2.7% this year, she notes that consumers certainly aren’t relying on e-shopping to keep the pantry and fridge stocked. About 72% of respondents say online shopping accounts for just a small fraction of the family food budget. And only 11.8% buy a lot of their groceries online, down from 14.3% in the previous survey.

While there are gains in all age groups, the study reports that older millennials, between 30 and 44, continue to be the biggest fans, “reflecting a combination of time pressures, rising incomes, relatively settled professional and family lives and familiarity with digital channels.” Other shifts include a big jump among 60-plus consumers, to 25% from 20% in the earlier study.