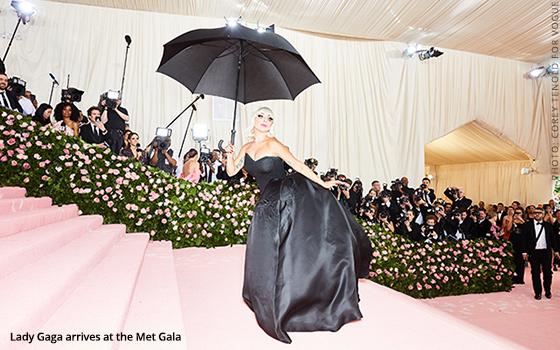 Vogue noted record-breaking numbers on various digital platforms following the 2019 Met Gala on May 6. The focus was on camp in fashion, highlighting a new exhibit.

The increase in numbers came despite a decrease in posts of 5%. This year, Vogue published 149 pieces about the event compared to 157, revealing how efficiently it tailors content to its audience.

“Planning our content strategy starts months in advance, and we’re ideating 10-months out,” Anna-lisa Yabsley, digital director of Vogue told Publishers Daily. “When it comes to deploying our content, there is no hard and fast rule as to when we begin.”

According to Yabsley, the Vogue staff  “observes social chatter, monitors spikes in search terms, and of course has a lot of historical data and research we can pull,” as it prepares coverage.

This year, the outlet added some new elements that made the event feel more immediate to readers and viewer, including a “silent movie style” video shot by Cass Bird inside the cocktail hour, “which was entirely new for us both in terms of access and tone,” said Sally Singer, creative director of Vogue.

Vogue also added Big Freeda to the red carpet as host of its IG Live feed and in the lead up to the gala. Freedia and Ciara “did a bounce performance on the steps of the Met, the first time we have ever created and posted preview content in real time,” says Singer.

The outlet’s “getting ready” videos have grown, too, over the years from diaries to proper mini-documentaries that highlight the creation of the looks from first sketches to arrival at the gala.

“Every year we evolve the coverage of the gala to provide our readers and viewers deeper access to the evening, but with a smaller footprint inside the museum itself. We tell more stories but in more cunning ways,” said Singer.

Yabsley notes that a strong uptick in traffic happens not in the lead up to the event, but in the 48-hours following the gala itself.

Speaking about how Vogue develops its Met Gala content, Yabsley added “It’s astonishing the appetite the public has for this event. It’s less about the need to increase their desire, and more that we aim to satiate our followers need to know everything first.”