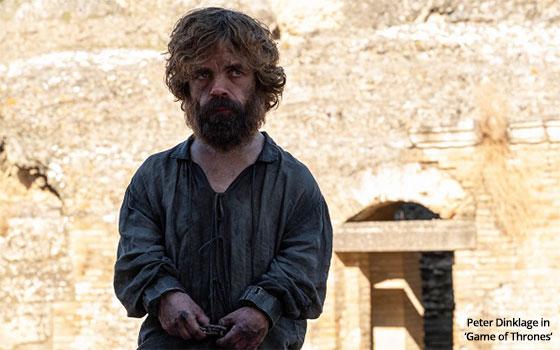 The series finale of “Game of Thrones,” watched Sunday night by a record HBO audience estimated at 19.3 million, hit all the right notes to emerge as a deeply satisfying conclusion to a major TV series.

There were no battles or massacres in the finale. Instead, the episode depicted the consequences of the burning and killing from which a new world order emerged. This is often (if not always) the result of a wide-ranging “global” conflict between multiple belligerents.

Whether or not this new order will give rise to future conflicts between newly formed states and regimes only time will tell. And in any case, these results belong to a future world not within the purview of “Game of Thrones” now that it is over.

The episode concerned itself with the immediate aftermath of the murderous “victory” attained a week earlier by the dragon queen, Daenerys Targaryen (Emilia Clarke).

In the ruins of the castle her dragon destroyed, she was herself assassinated by Jon Snow, the would-be king and her erstwhile lover who felt he could not stand by and watch her fulfill her tyrannical promise to bring war to the entire world with the dubious goal of freeing its beleaguered inhabitants. Sic semper tyrannis.

Her death saved the life of the dwarf she had condemned to die, Tyrion Lannister (Peter Dinklage). He was given the episode's best speech in which he persuasively made the case before a panel of nobles that the crippled boy now grown to be a man, Bran Stark (Isaac Hempstead Wright) -- aka “Bran the Broken,” should be named king of the now-six kingdoms.

Tyrion's argument was that Bran's story of bravery and forbearance against long odds would enjoy wide appeal, and confer on him a legendary status none of the other celebrated warriors or surviving participants of the “Game of Thrones” drama could ever hope to match.

“What unites people?” Tyrion asked. “Armies? Gold? Flags? Stories. There's nothing in the world more powerful than a good story,” he said -- in the process providing a fitting epitaph for the sprawling story that was “Game of Thrones.”

In the end, the life-and-death drama of war and the struggle for power was replaced by the more mundane -- and sometimes more difficult -- business of governing, which in this case meant rebuilding all that had been destroyed. Tyrion was last seen presiding over a cabinet meeting in which the participants debated the priority of rebuilding brothels or ships.

And now, TV's epic “Song of Ice and Fire” is over. And peace, fragile as ever, reigns.