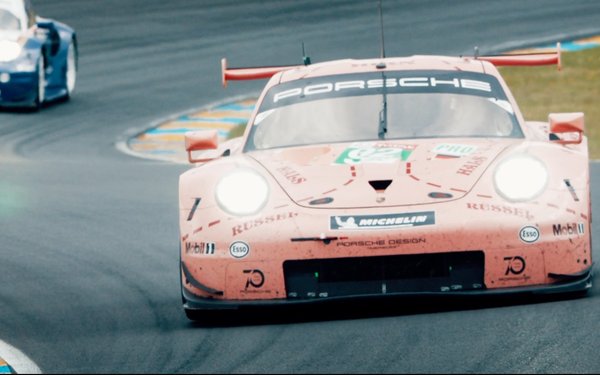 Porsche is connecting the brand to sports car racing with a campaign aimed at owners and enthusiasts.

The automaker’s lead creative agency Cramer-Krasselt has created “Motorsport 101,” a series of educational videos using NBC broadcasters that will be hosted on NBCSports.com and Porsche-owned channels. NBC Sports Network is the new host network for the IMSA racing series on which Porsche competes.

The agency also created “Love It,” a short film that represents the fast pace and elevated lifestyle of Porsche enthusiasts to capture the interest for sports car racing. It is being supported via paid social to tease more in-depth content available on the campaign web page and announce an upcoming race.

The automaker is also reaching fans on a local level with local race promotion and direct mailers to owners and enthusiasts in the areas hosting the motorsport races.

“Sports car racing has always been part of Porsche’s DNA and the automaker has an extremely passionate fan base, yet the sport goes largely unnoticed in the U.S. market,” says Marshall Ross, chief creative officer at C-K.

Recently, Porsche and C-K commissioned a research study via 7th Sense to understand the level of interest in this niche form of racing (endurance/sports car racing) among the most likely targets: Porsche and other premium sports car owners.

The study showed an obstacle to be overcome: lack of knowledge. “For people to even appreciate the sport, we needed to offer a basic education on what they were watching and experiencing -- and why racing has, and will continue to be, the place where Porsche pushes the limits of performance and engineering to inspires ideas for the next generation of street cars,” Ross tells Marketing Daily.

The campaign will run until the end of October. It is following the Motorsport racing schedule.