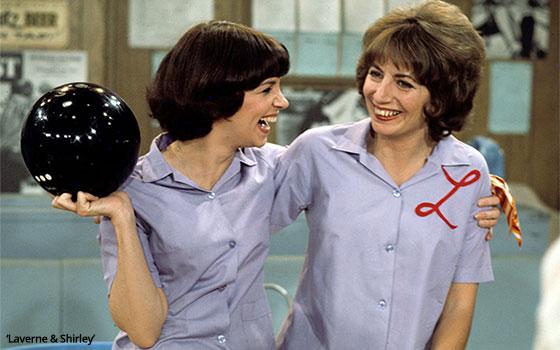 Following the live reboots of "All in the Family" and "The Jeffersons" in late May, fans are most interested in revivals of "Happy Days" and "Laverne & Shirley."

The shows received an enthusiastic response from fans, prompting some outlets to wonder what might come next.

Website Gold Derby conducted a poll to see which classic sitcoms fans were clamoring to see get the live televised treatment. Some 23% of participants voted for a double billing of "Happy Days" and "Laverne & Shirley."

Following close behind were "I Love Lucy" and "The Honeymooners."

Capturing 18% of the vote were "Bewitched" and "I Dream of Jeannie," while fellow female-led sitcoms "The Mary Tyler Moore Show" and "Rhoda" received 17% in a tie with a "Cheers" and "Frasier" reboot.

The May 22airing of "All in the Family" and "The Jeffersons" on ABC captured high ratings with 10 million viewers, which could mean more shows like these in future. Live musical productions have also become regular seasonal fixtures in network lineups.

However, not all viewers are happy to see the retro trend continue without some tweaks.

NPR’s Eric Deggans wrote: “I'm sure there will be more classic sitcom revivals in network TV's future. But I hope there's also some energy expended on making the new renditions unique and fresh in their own ways, rather than just re-creating shows we originally fell in love with because they were so original in the first place.”