Charles Schwab Makes The Most Of PGA Tournament 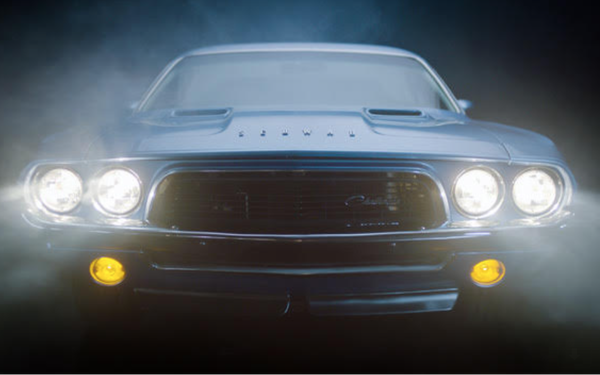 The Charles Schwab Challenge resulted in some unexpected viral successes after the Memorial Day weekend tournament.

Kevin Na, the winner of the PGA tournament formerly known as the Fort Worth Invitational, gave his caddie Kenny Harms the custom 1973 Dodge Challenger he received from the financial services company for winning.

Na’s unexpected act of generosity was the lead story on ESPN SportCenter,  CBS This Morning, in USA Today and other local media outlets. Tweets alone have an estimated reach of 87 million, according to Episode Four, which orchestrated the activations on behalf of Charles Schwab.

The one-of-a-kind resto-mod vehicle was designed and hand-built by Episode Four collaborator and legendary hot rod aficionado, Pure Visions’ Steve Strope. It was a noteworthy addition to the Leonard Trophy and Scottish Royal Tartan Plaid jacket traditionally given to winners.

A strategic media plan for the Charles Schwab Challenge included a documentary on the Dodge Challenger’s restoration that aired on CBS, a 60-second spot promoting the prize, brand videos within live streaming digital coverage of the tournament and social support.

SchwabGolf.com features “The Challengers,” a five-part film series that celebrates influential individuals such as Greg Norman who have challenged the status quo in golf. “The Caddies,” a series of 18 video vignettes, features tour caddies breaking down each hole at Colonial as they make their course walk-throughs, such as Caddie Spot #18.

The tournament kicked off with “Throwback Thursday” when fans dressed up in their best 1970s gear -- a nod to the decade that Charles Schwab was founded -- and were rewarded with throw-back concession pricing. The Five, an interactive fan experience, married Ben Hogan’s Five Fundamentals of golf with Schwab’s five fundamentals of investing. The TV spot and videos continue to run digitally.

Episode Four is a project-based agency and will continue to work with Charles Schwab across all of its golf sponsorships, says Teddy Lynn, founding partner, Episode Four.

This was Charles Schwab’s debut as the title sponsor of the PGA tournament.