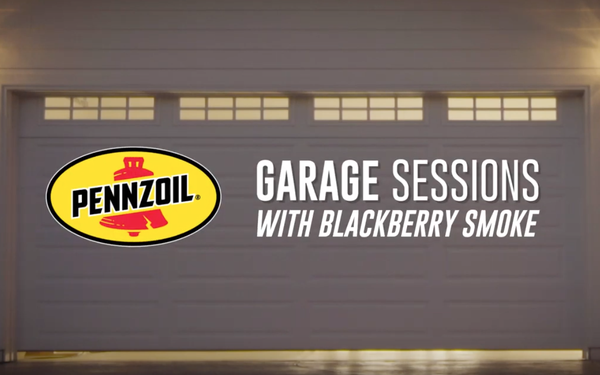 Pennzoil and Live Nation are launching the first video in the 2019 Pennzoil Garage Sessions series.

What is Pennzoil’s relationship with the music industry -- and why is it a good fit?

Baird:  Pennzoil has been celebrating the inherent connection between music and cars for years. Whether it’s the moment your favorite song comes on the radio, or the soundtrack to your road trip that has you singing along as you put miles on the clock, we feel that connection and we know our customers feel it too.

The first video in the Pennzoil Garage Sessions series features rock band Blackberry Smoke, who share their personal connection to vehicles. Front man Charlie Starr remembers his dad teaching him how to work on cars in his shop, while brothers Richard and Brit Turner laugh about taking their Dad’s Corvette out at night for joyrides. Additionally, the band discusses touring the country together in vans, helping others along the way and hearing their own song on the radio for the first time.

As a continuation of the content series, this episode of the Pennzoil Garage Sessions is intended to celebrate the intrinsic connection between cars and music and focus on our artists’ personal car stories.

How has Pennzoil evolved the series?

Baird: Pennzoil has maintained a strong relationship with Live Nation for many years, and has had the opportunity to explore integrations with dozens of artists and bands within the music industry. The Pennzoil Garage Sessions series has evolved from the Pennzoil Backseat Pass series, which featured emerging and established talent performing songs in a vehicle driving around LA.

Who is this effort geared toward?

Baird: One of the reasons we keep bringing back the Pennzoil Garage Series each summer is because everyone can enjoy the videos whether they are a car lover, music lover or both. Beginning with the Pennzoil Garage Sessions series last year, we began showcasing artists from an array of different music genres, [with] a music style for everyone.

How will consumers find out about it?

What other upcoming activations do you have this summer?

Baird: The Pennzoil Garage Sessions series will have a total of three videos debuting this summer, including country duo Maddie & Tae, launching in July, and indie pop band lovelytheband, launching in August.