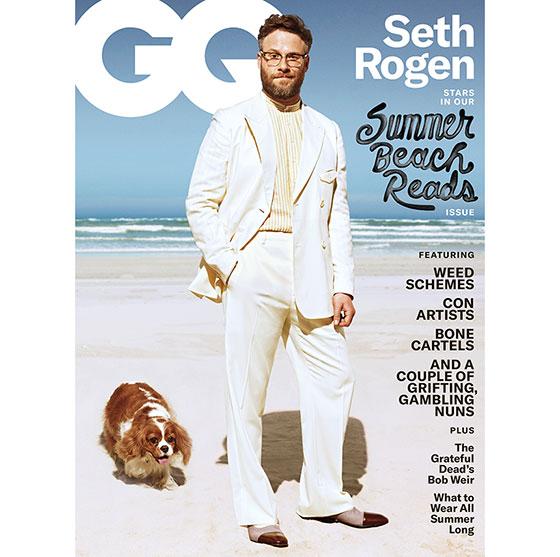 GQ has devoted its latest issue to long-form stories, a first for the men's lifestyle magazine.

“Remember: You can’t stare mindlessly at Instagram all summer,” writes editor-in-chief Will Welch in an introduction to the special issue. “So when you’re packing your sunscreen and your towel, bring along the first-ever Summer Beach Reads issue of GQ, too. The #NewGQ era is all about big ideas and bold, exciting changes. And we’re just getting started.”

Earlier this year, Welch announced he would transition GQ’s “style service” and “how-to” content to the brand’s digital arm over the next year, after seeing success with those topics online via SEO.

“We're making GQ less a big tent and more the only place to go when you want a rich, intelligent, and transportive plunge into all the stylishness the world has to offer,” Welch wrote in his first editor’s letter in the February issue, dedicated to music.

A few stories in this June/July issue, which is on newsstands, are exclusive to the print edition of the magazine for now. They will go online throughout the summer.

Those stories include “The Grand Schemes of the Petty Grifter,” an article on Jeremy Wilson, who moved around the U.S. inventing new identities, such as Irish soldier, MIT grad, Hollywood journalist and war hero.

Other stories available both online and in print include profiles on tennis player Frances Tiafoe and Grateful Dead guitarist Bob Weir, and an article about two Southern California nuns who embezzled money from their Catholic school to fund trips to Las Vegas.