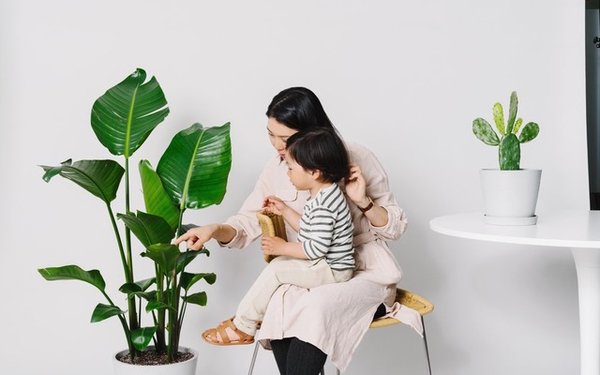 While their parents may have aspired to landscaped suburban homes, millennials are growing increasingly content with their urban apartments. Still, they long for more greenery and a connection with the natural world — a yearning they’re filling with houseplants.

Many local companies are jumping in to help them find their way. But at the national level, D2C start-up Bloomscape is winning over buyers in every state. It says its revenues are gaining 50% month-over-month since its launch 18 months ago, all by providing basic greenery and holding people’s hands through the early stages of plant parenthood.

“People are aspiring to have a little more nature in their life,” says Kelsey Cohen, Bloomscape’s director of marketing. “But if they live in cities, they likely don’t have a car and there’s probably not a Home Depot around the corner.”

There’s probably no place in their apartments to store potting soil or extra pots either, nor do they have any idea whether they’d do better with a Kimberly fern or a red prayer plant.

“We want to make it as simple as possible for people to live the plant life,” Cohen says. People select their plants, which start at $35 and range up to $195, based on size, difficulty, pet-friendliness and level of light. The plants, which come with a generous return policy, are delivered in minimalist eco-friendly pots with easy-to-follow care instructions.

Customers get a little intense about what happens next. They are so concerned about brown spots, dropping leaves or possible spider mites that the company also has an “Ask the Plant Mom” content feature, which has proven very popular. “People want to know, 'How can I keep my plant alive?’” notes Cohen.

She says that many people, once they have a plant or two, quickly catapult from newbie to enthusiast, lavishing their plants with the same level of love that a crafter might. (She admits she’s now up to 50 or so in her own home.)

But images of home jungles never make it into marketing  materials, which are distinctly understated, showing only a plant or two in clean-looking surroundings. “We want to show off how beautiful each plant is, and present it in a setting that makes people say, 'I could do that.’”

Founder Justin Mast, a Detroit designer with a Dutch heritage, is fond of using the word gezellig, which describes a home’s lived-in, fresh and cozy vibe.

So far, Bloomscape sells only house plants, but flowering plants and patio plantings could be coming soon.

And Cohen says the company is mindful of broader trends, too. Overall, lawn and garden spending rose in 2018 to $52.3 billion, reports the 2019 report from the National Gardening Association, despite a slight decrease in household participation. Millennials are gung-ho, with 38% of those between the ages of 18 and 34 saying they intend to spend more on lawn and garden activities this year, compared to the overall average of 29%.

The association reports that sales of houseplants sales have surged almost 50% in the last three years, rising to $1.7 billion.