Rite Of Spring: TV Biz In The Pre-Summer Doldrums 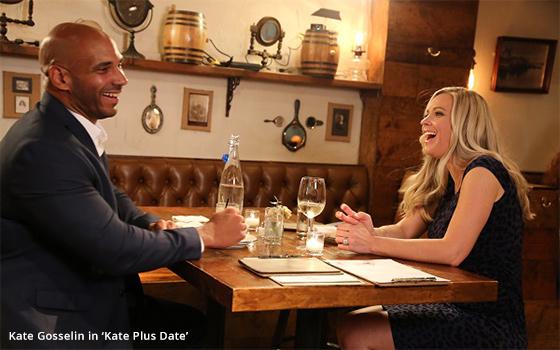 Two months out of 12 stand out in the mind of a TV columnist as the most difficult all year in which to generate column topics.

One of them is the current month, June. The other is August, although in that month it is possible to contrive columns on upcoming fall premieres, depending on the availability of series pilots that are usually provided by the networks by then (if not before).

But June, even more than August, is the month when the TV business really seems to fold up its tents and break camp for a while, at least from the point of view of a TV columnist, whose tent is almost never folded.

A malaise sets in at the onset of June, following the mid-May upfronts and the official end of the traditional fall-spring network TV season at around the same time. Then, on the Tuesday following Memorial Day, just about the only sound you hear emanating from the TV business is the proverbial sound of crickets chirping.

This might come as a surprise to some who have formed the impression that TV today is an all-season, 12-months-a-year business. And in some ways it is, since there is always something on when you turn on your television.

At some point in the last 10 years or so, the TV industry attracted attention for seeming to fill the summer months with a number of original series and reality shows that were certainly more than they had in summers gone by.

But here in the present day, it feels as if that trend has stagnated. Sure, CBS launched a summer scripted adventure series called “Blood & Treasure” last month. And later this month, ABC will premiere a prime-time soap called “Grand Hotel” set in a luxury hotel.

This week, ABC will introduce its newest summer game show retreads, “Press Your Luck” and “Card Sharks.” How's that for excitement? (The previous sentence is meant to be sarcastic.)

And yes, there will be a smattering of other new shows this summer, one of which can actually be accurately described as an Event with a capital E. This would be ABC's live telecast on June 23 of two members of the tightrope-walking Wallenda family traversing Times Square on a high wire. That should be fun.

And Fox's reunion TV movie featuring the “Beverly Hills 90210” gang is scheduled to premiere August 7. The date is a little puzzling because traditionally that would be a date, smack in the middle of the summer doldrums, when a network would air something it had little or no confidence in. But in the interest of fairness, the TV Blog reserves judgement until Fox provides the movie for preview.

With the networks taking it relatively easy, some of their cable brethren seize the opportunity each June to introduce some new shows of their own. But here again, there are fewer of these than one might think.

Some of them are downright weird too. Last night (Sunday), for example, TLC introduced this new reality series called “sMothered” about real-life mother-daughter duos whose relationships are so close that they are more like best-friend twin sisters than mother and daughter.

Not nearly as freakish as that is tonight's new entry on TLC -- the cleverly titled “Kate Plus Date,” featuring that plucky mother of eight, Kate Gosselin, formerly of “Kate Plus 8.”

Now 44, and long divorced from ex-husband Jon (following their very public breakup on their first show, “Jon & Kate Plus 8”), she is now to be seen in her new show going on dates. An example of this can be seen in the photo above.

“Kate Plus Date” promises to be none too taxing, which feels just right as the outdoor temperature rises and summertime approaches.