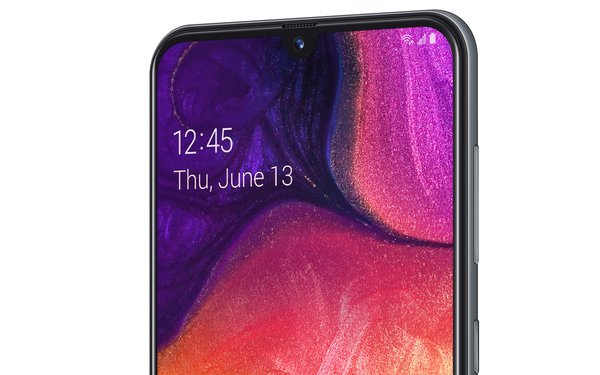 There are some really expensive smartphones on the market, or in the pipeline. On the other hand, some of those same major retailers are now pushing models that are (relatively) cheap.

Samsung on Tuesday announced it is expanding its “mid-tier portfolio” with the Galaxy A Series, foremost among them the A50, which goes on sale June 13 at a suggested price of $349.99.

Coming soon will be Samsung’s cheaper Galaxy A20, starting at $249.99 MSRP, and the Galaxy A10e starting at a suggested price of $179.99. That’s pretty cheap, or as Samsung put it in its announcement, those phones offer “advanced technology to consumers looking for premium features at a practical price point.”

Consumers who buys through wireless providers will no doubt be fielding other offers.

“It will be interesting to see if Samsung's triple-camera, in-display fingerprint sensor (and headphone jack included) A50  will make a splash,” according to  Shelly Palmer's Strategic Advisors newsletter. “A full-featured smartphone at this price will be the ‘canary in the coal mine.’ “

While Samsung offers cut-rate smartphone options, it is still touting the coming launch of its Galaxy Fold — presumably exciting news for those willing to spend almost $2,000 to have one. Samsung delayed the April launch when product glitches were discovered.

Now, reports CNET,  the company plans to announce the Fold’s release date ”in the coming weeks," according to an email from a spokesperson.

In the meantime, Samsung’s new line of S10 phones, all of them getting high marks from tech reviewers, run around $1.000.

The Samsung Galaxy A announcement  comes shortly after Google introduced the $399 Pixel 3a, which is about $400 cheaper than its namesake Pixel 3. Like the Samsung phones, the Pixel 3a has some of the same features as the expensive models — but with other higher-end features missing — and are generally made with less expensive parts or finishes. (Think of fancy cars with pleather, not leather, seats,)

Since late last year, Apple has been prone to special deals through wireless carriers and lucrative trade-ins, which generally wasn’t the case before. All this happened just as CEO Tim Cook was acknowledging the smartphone market had more or less stalled. Everybody who wanted one had one, and there was nothing especially smarter coming down the pike that interests consumers now -- except 5G. And those phones won’t be too special until the technology to support them is in place.  This is now, That’s the future.