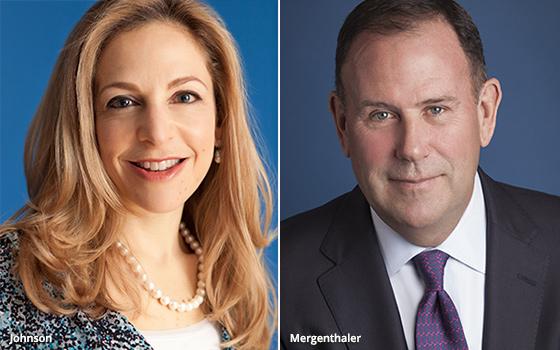 Mergenthaler became IPG’s CFO in August 2005. In this position, he has had responsibility for all areas of global finance, information technology and investor relations. Since 2015, he has also served as Chairman of Interpublic’s CMG Group, where he has had operational responsibility for the company's public relations, sports and experiential marketing businesses. He is also stepping down from that role.

“Frank’s outstanding record of achievement and value-creation has benefited our clients, our people and our shareholders,” stated IPG CEO Michael Roth. “He has played a crucial role in the development and execution of our success over his decade and a half with Interpublic.”

Johnson joined IPG’s treasury group in 2000, and prior to that, held senior finance leadership roles at Revlon. Roth noted that Johnson becomes the first woman CFO of a global holding company.

Mergenthaler will remain with IPG in an advisory role through next March.