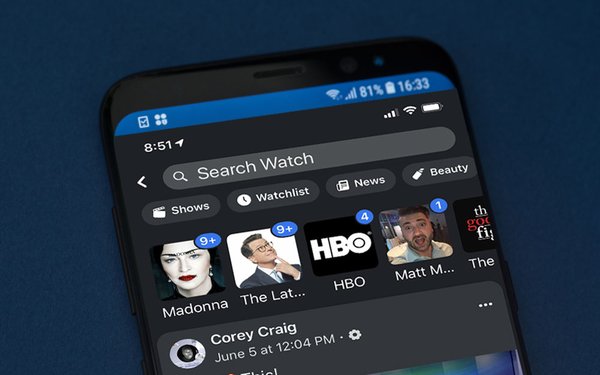 Worldwide, Facebook says that Watch is now viewed by 720 million consumers per month and 140 million per day.

The figures come less than a year after Facebook expanded the video-viewing service globally. On average, the daily visitors spend more than 26 minutes in Watch every day.

Although Facebook is pleased with the growth of Watch, the tech titan has bigger ambitions for the service. To that end, the company recently launched a way for users to find groups based on the videos they watch.

Facebook is testing other new sections in Watch, including a way to find videos popular with friends, and a section dedicated to co-watching experiences like Watch Party, Premieres, and Live videos.

“We know people like watching videos together with friends,” Paresh Rajwat and Matthew Henick, director of product management and head of content planning and strategy at Facebook.

For example, Rajwat and Henick found people are 800 times more likely to comment on videos in Watch Party than when watching video solo.

Expanding its monetization efforts, Facebook is adding ad breaks to Watch in Canada. Ad breaks are already available in more than 40 countries.

The number of Pages actively using ad breaks has more than tripled over the past year, according to Rajwat and Henick.