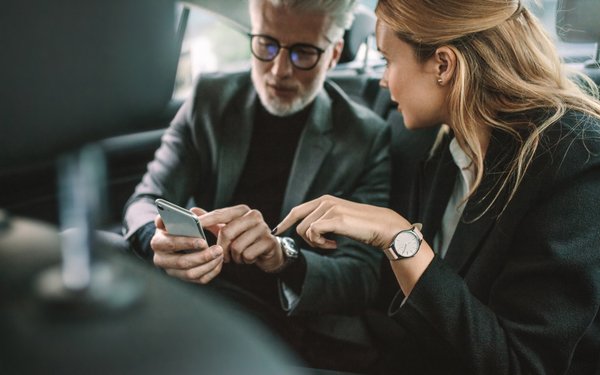 Forget phone calls. Smartphones have become the preferred means of accessing the Internet, according to Pew Research Center.

Less surprisingly, younger adults are most likely to rely on their phones to surf the Web.

For their part, adults ages 30-to-49 who say they mostly use a smartphone to go online have nearly doubled from 24% in 2013 to 47% today. Consumers’ preference for their phones for the purposes of going online is even cutting into the home broadband business.

While a majority of U.S. adults say they still subscribe to home broadband, about one in four (27%) do not -- with growing shares of these non-adopters citing their mobile phone as a reason for not subscribing to such services.

Among non-broadband users, 45% say they do not have broadband at home because their smartphone allows them to do everything they need to do online -- up from 27% in 2015.

What’s more, the share of non-broadband users who say their smartphone is the most important reason for not having a high-speed internet connection where they live has nearly doubled over the same time period -- from 12% to 23%.

While affordability remains a commonly cited barrier, the share of non-broadband adopters who say the cost of a monthly subscription is the most important reason for not having these services has actually fallen from 33% in 2015 to 21% today.

This trend underscores the reliance of a minority of U.S. consumers on their smartphone for Web access.

About 1 in 5 (17%) of U.S. adults identify themselves as “smartphone only internet users” -- meaning that they report owning a smartphone, but do not have a traditional high-speed internet connection where they live.

This share has roughly doubled since 2013, when 8% of adults fell into this category.

For its findings, Pew said it relied on a national sample of 1,502 adults.
digital, internet, mobile, smartphone
Next story loading