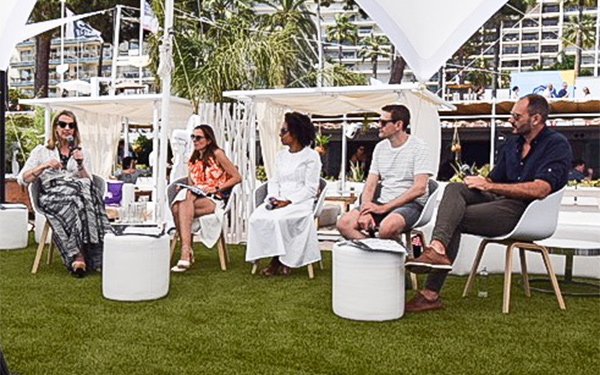 Kelly spoke at a panel session at the Dentsu Aegis Network cabana at the Cannes Lions Festival last week.

Both Hilton and Twitter’s Bruce Daisley emphasized the importance of prioritizing employee happiness. Hilton counts on its 401K team members across 17 brands to be the face of our brand to employees, says Kenny.

Misha Bryne, partner, Neuro Power Group, believes technology has reached a "tipping point," and we are seeking to "move more humanity into our lives."

Hilton has tested robotic machines, but "they can't smile with their eyes," add Kenny. "People want to feel humanity."

Hilton believes there are other less people-facing roles technology can handle, such as scooping up as many details for a concierge database. “Once you know your preferences, such as fluffy pillows or rooms with a view, we will always remember those details," says Kenny. "We want to automate as many tasks as we can."

Bryne points out companies tend to divide tasks individually, but from a neuroscience perspective, we aren't designed to work as individuals. "What we are good at doing is working as teams," he says. "An individual isn't actually resilient, but a team is."

Maxine Williams, Chief Diversity Officer, Facebook, spoke without any pushback from the audience about her company's "purpose-driven mission" from happy team members.

“When we were started by a 19-year-old, we had one culture. And although it has evolved as we have grown, our strong cohesive culture remains,” she says.