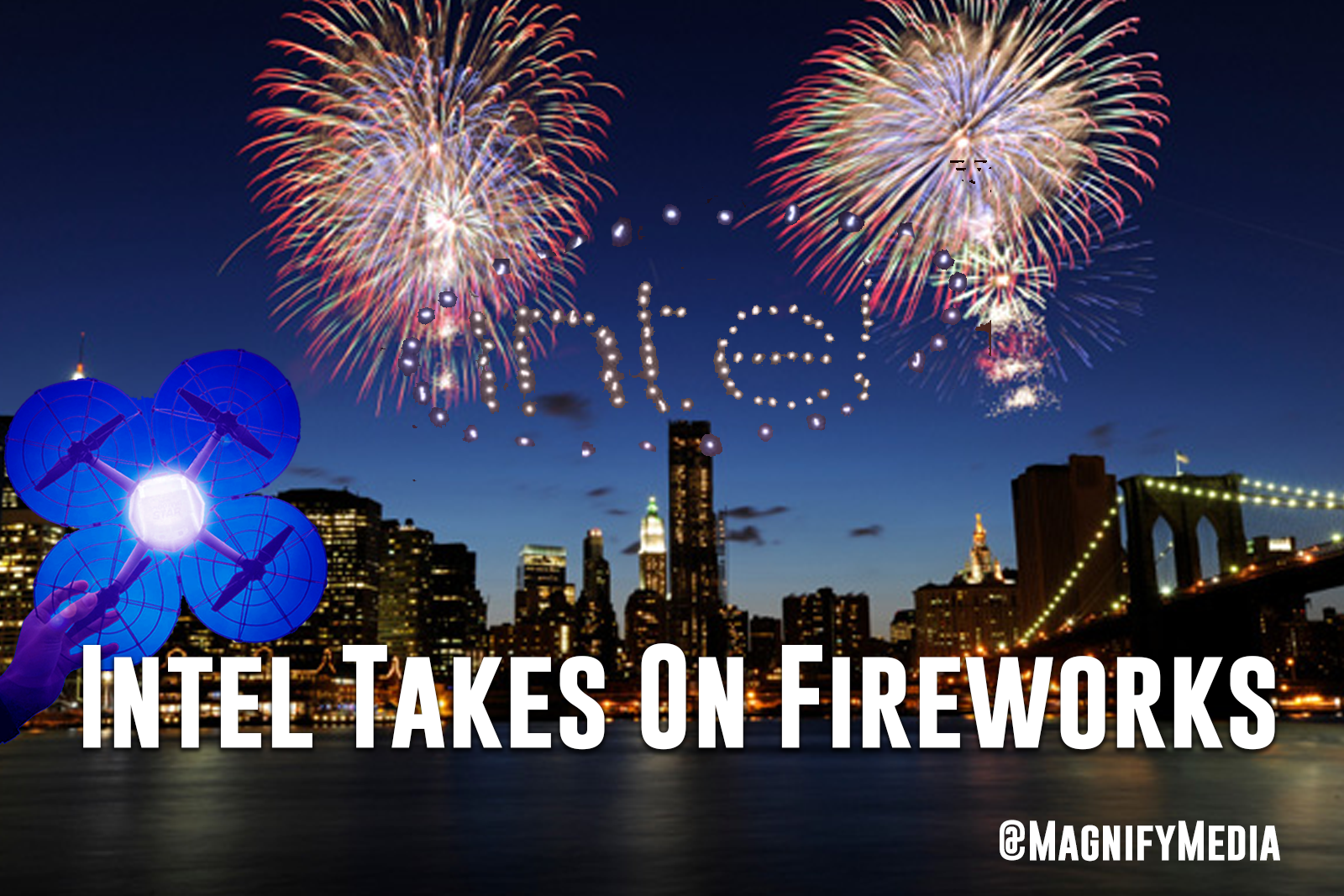 Let me start with a confession: I love fireworks -- the spectacle, the smell, and, honestly, the danger. Things blowing up with massive displays of color -- and at night,  which makes it all the cooler.

Years ago, I produced a short documentary about the Grucci family, a fireworks dynasty formed in Bellport, Long Island in 1850.

The Grucci family has been a leader in adapting to technology. Operators no longer set off the individual cardboard tubes of explosives with a burning flare. Today the process is computer-controlled and electronically fired.

But I worry that the Grucci family’s explosive pyrotechnic spectaculars may be under attack by, of all companies, Intel.

Yes, I did say Intel -- which maybe doesn’t strike you as a company with a specialty in either explosives or festive nighttime celebrations.

And yet here’s Intel with what it calls “Shooting Stars.” I was fortunate enough to see one of the very first outings of this drone-driven aerial display technology at CES back in 2016. Since then, the Intel drone shows have grown more spectacular.

The drone light show has costarred with Beyoncé  at Coachella, performed at the Winter Olympics -- and, with more than 2,000 drones flying in formation, has made it into the Guinness World Book of Records. Intel says its drone light shows can "redefine entertainment" by creating "new experiences."

It’s true, drones create entirely new light show experiences in the sky. Drones can create patterns, words, even digital stories in the sky. They can be synced to music, and create 3D images that dance in the sky.

“The sky is a blank canvas for creating new experiences with drone light shows, including Intel branding and awareness. Both Intel and our strategic partners have benefited from the media attention and awards generated by our shows,” Intel’s vice president of new technology, Anil Nanduri, told Drone Life. “One day in the future, we will look back at history and see how drone light shows transformed the way we look at the night sky.”

That might be sooner than you think. Fueled by concerns about the dry summer and memories of the recent Camp Fire, this year's California State Fair will replace fireworks with a drone show.

“Drone light shows are considered to be more environmentally safe and inclusive to families and those who have sensitivities to loud explosions created by traditional fireworks,” fair officials said.

Aspen, Colorado has decided to have a drone show rather than fireworks this 4th, with an eye on wildfire concerns. Matthew Quinn, owner and CEO of Michigan-based Great Lakes Drone Co, is expected to fly as many as 60 autonomous drones above Aspen Mountain.

But even Quinn acknowledges that a drone show doesn’t replace the majesty of fireworks.  “We truly promote actually mixing fireworks with drone light shows. That’s what we did at Niagara Falls; we did a combination of fireworks and drones,” Quinn told the Aspen Times. “But, under the circumstances, yeah, this is a great alternative. You still get the aerial display. We can sync it with music. We can create different designs.”

So go enjoy the fireworks this year. It may be you’ll be telling your grandkids someday, “They used to shoot colorful explosives in the sky before the flying robots took over.”