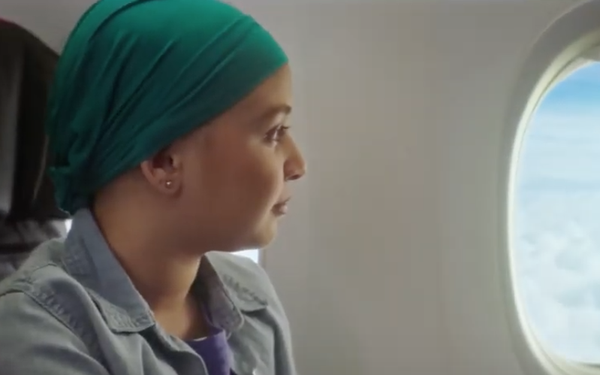 American Airlines is offering the public the opportunity to honor a loved one affected by cancer in a unique way.

The airline, in collaboration with Stand Up To Cancer (SU2C), is launching what it is calling a first-of-its-kind cause marketing campaign.

Through July 31, consumers can visit aa.com/standup and for a minimum donation of $25 can add the name of a person they stand up for into a mosaic on the official SU2C plane.

The Airbus A321, which will begin flying this fall, will be wrapped with a special SU2C design that includes the names submitted.

A 30-second digital and TV ad launched today featuring SU2C ambassador and country music singer Tim McGraw. He is joined by six American Airlines team members who have been personally affected by cancer either as a survivor or a co-survivor caring for a loved one fighting the disease.

As part of the company’s multi-year, multimillion-dollar collaboration with SU2C, 100% of donations received will go to support the charity's collaborative cancer research programs.

The initiative was driven by the airline’s corporate purpose to care for people on life’s journey, no matter what that entails, says Elise Eberwein, executive vice president of people and communications at American Airlines.

American team members -- including pilots, flight attendants, mechanics and customer service agents -- in Los Angeles and Nashville participated in the campaign. The first names added to the plane will be those of team members who self-identified as cancer survivors or are currently battling cancer.