What Robots Can't Do 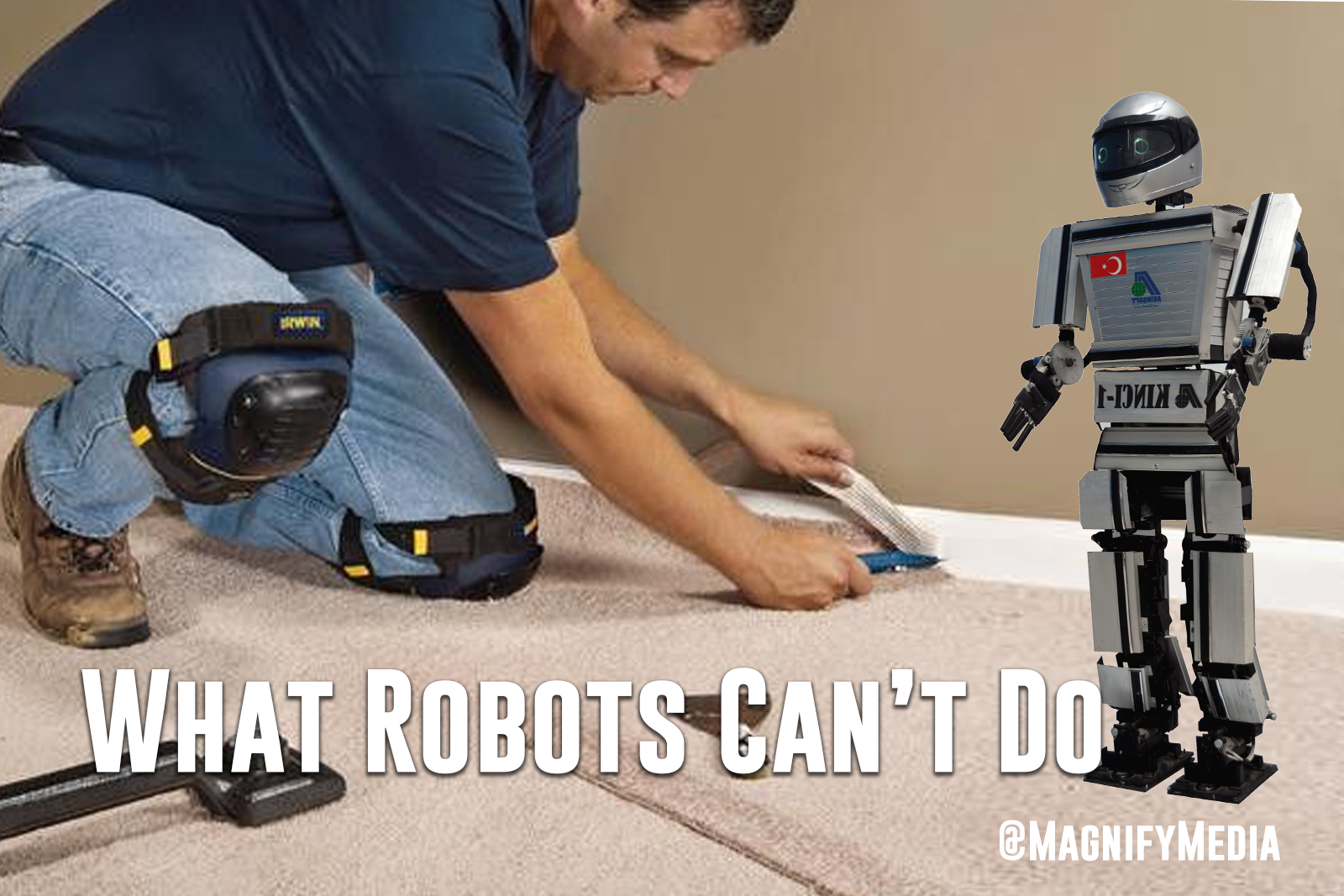 There’s lots of talk about AI, robots and machine learning. If you believe the futurists club, of which I’m often a member, then it’s just a matter of time before code replaces humans in a wide range of things.

But if you engage in that debate for sport, the question comes up: What are the things AI can’t do?

That's when we find ourselves talking about music, art, or other things driven by creative esthetics. Important things for sure, but not inherently commercial.

Which is why over the past few weeks I’ve been watching with fascination a small group of tradesmen working outside the door to my apartment.

Their arrival has been years in the making, and their work provides a relevant reminder of just what humans as opposed to robots can do.

Let me rewind and explain. A number of years ago, those who live in my building decided it was time to modernize the hallways, elevators, and lobby. Figuring out the design took a year, then there was a committee, some building votes, more designs, budgets and a building-wide assessment. Finally the project began.

From what I can tell, there are at least four teams: walls and moldings, electrical, carpeting, and locksmiths for new door fixtures. Starting about three months ago, they began the careful job of removing old finishes and fixtures. Each step required precision timing, the sealing of apartment doors to keep out dust, coordination with tenants, and an extraordinary concern for creating long, straight lines down the hall.

The moldings were checked both by eye and with long plumb lines. The carpeting lines and seams were also carefully aligned.

Every day a team arrived, and worked with precision and care all day. The halls were hot, as the air conditioning had been shut off so the units could be replaced. The carpeting work was particularly grueling, as the installers used knee-driven kick pads to spread the carpet.

This is human work, sweaty,  physical and precise. And while I don’t know what the crew is paid, I presume it’s not a high salary profession.

Also, there didn’t appear to be a supervisor. I’m sure they were on deadline, and they had to keep up a pace -- but there was no one bellowing orders or telling them to work harder. They worked plenty hard, doing the same precision work on 23 floors of the building. The huge rolls of carpeting had to be rolled down the halls, aligned, and cut in place. No room for error.

You’ve probably seen videos of robots that lay brick. Some robots have been about to replace tradesmen for years. But in the end, robots don’t lay brick, or carpeting, or install light fixtures, or hang wallpaper -- or do hundreds of other jobs that require human hands, math and labor.

Is there a future where a robot will replace a hallway’s fixtures and finishes? Maybe in some sci-fi future. But right now, the sweat and precision of these craftsmen has me appreciative of what humans do well, and the long-time horizons before a machine will replace them.

AI will work, for sure, for lots of things. But for my hallway, the tradesmen’s work is leaving a sparkling new entry to my apartment -- and thoughts about how to hire some of them to do the same for my own apartment’s walls, floors and fixtures.

Robots need to know their place in the human world.