'The Chicago Defender' To End Print Edition After 114 Years 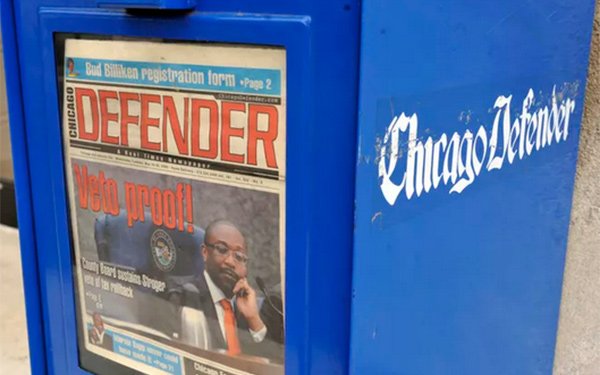 The Defender has been in print since 1905, when it was founded by Robert Sengstacke Abbott, and included luminaries such as Langston Hughes and Gwendolyn Brooks, among its stable of contributors through the years. The outlet is known for its important and in-depth reporting across race issues, politics and historical moments.

Hiram E. Jackson, chief executive of Real Times Media, owner of The Defender and other black newspapers across the U.S., said the publication will continue to support its digital products. The move will provide the publication with the resources to “adapt to a fast-changing, highly challenging media environment that has upended the entire newspaper industry,” The New York Times reported.

During the course of its history as a print publication, The Defender’s reputation reached all corners of the country. However, in recent years, it has seen declining print advertising along with a readership increasingly turned to digital sites.

As of 2015, The Defender employed a staff of 10, which included one staff reporter. No cuts to staff are expected with the shuttering of the print edition. Rather, those employees will bolster its website and social-media accounts and eventually, an expansion into newspaper-sponsored events, Jackson told The New York Times.

The Defender hosts a parade that runs through Chicago’s South Side each summer and is named for a fictional character called Bud Billiken, who was created in the 1920s as a way to connect with young readers.

Jackson stated in The New York Times: “The Chicago Defender is known for the impact it’s had. The only way we can be impactful is to have a huge audience. You can’t do that with printed newspapers.”