Verizon Touts Additions To Its Trophy Case With New Ad 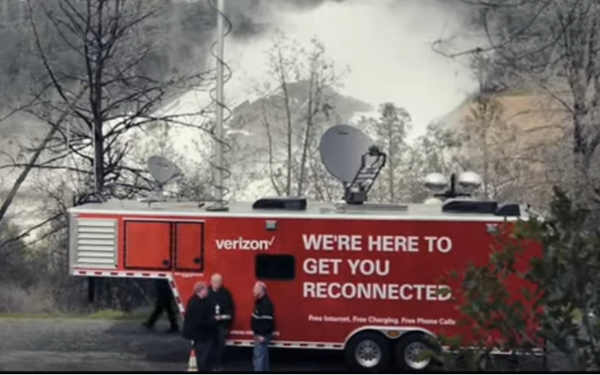 Verizon has decided it’s a good time to remind consumers just how hard its engineers and others work to give consumers top-quality wireless service.

As the scenes reveal themselves, an updated, sort of punkish, version of Frank Sinatra’s “My Way” plays in the background.

Verizon is also touting a batch of consumer-oriented awards it has been gathering. Last week, in the new J.D. Power Wireless Network Quality Performance Study, consumers rated Verizon first in every category including calls, messages and data connection experiences.

That was a day after Verizon publicized that it had just received top marks from RootMetrics, for overall performance for the 12th consecutive time. It also recently copped top honors from Nielsen for best video streaming experience and Ookla,  P3 and OpenSpace for various internet speed honors.

“Our competitors may be getting tired of Verizon constantly winning awards for the nation’s most reliable network experience, but these industry-leading results never get old for our consumer, small business, first responder and enterprise customers,” stated Heidi Hemmer, Verizon vice president, network and technology, after Verizon got the good word from J.D. Power.

“We’re Here To Get You Reconnected” says a big red sign on the side of a Verizon repair truck in the new ad, so you get the point.

It may just be happenstance, but the ad debuts on social media just as reports began to surface that the Justice Department, at long last, is about to approve the merger between T-Mobile and Sprint, perhaps as early as Wednesday.

That would result in a newly competitive wireless world that would pit Verizon versus AT&T versus the new T-Mobile on more equal terms, just as the 5G rollout begins. (And, reportedly, the merger would also create a new fourth wireless network run by satellite TV operator Dish.)

Top awards are typical occasions for back-patting commercials, but Verizon and other wireless operators may feel they need to impress consumers as new 5G antennas begin going up all over the nation.

The antennas have to be spaced closer together than old towers, and a new Federal Communications Commission rule reduces the right of cities to change those rules. San Diego is one city among several considering ways to bend those new regulations, which some residents feel would ruin the aesthetics of the area, according to the San Diego Union-Tribune.