Magna's Cohen Shows Up On TVision Board 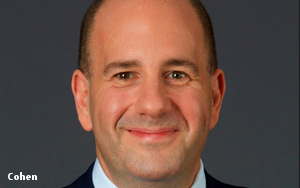 David Cohen, the long-time IPG Mediabrands executive who mysteriously stepped down as president-North America at Magna, has surfaced as an advisor to TV measurement firm TVision.

Cohen is one of five new members joining TVision’s advisory board.

"The industry needs to move to holistic video measurement that creates a comparable view across the ecosystem,” Cohen said in a statement announcing the board members. “Viewability and attentiveness in the living room has long been discussed but difficult to measure.”