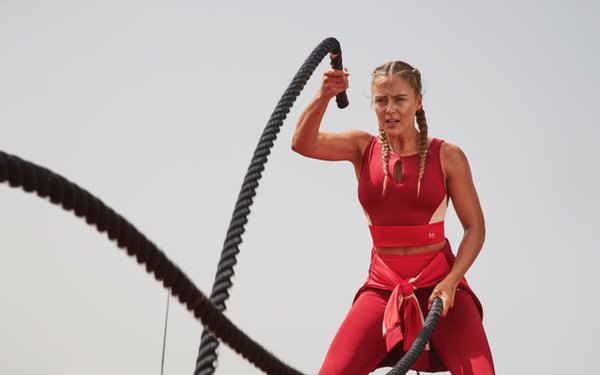 In news that is starting to sound a little too familiar, sportswear maker Under Armour turned in disappointing sales results, and warned not to expect much of an improvement for the rest of the year.

And in unrelated news, its CEO, Kevin Plank, used Instagram to defend the city of Baltimore, the target of recent mean remarks from President Donald Trump.

While the company’s overall sales for the second quarter squeaked out a 1% gain to $1.2 billion (a 3% improvement in currency-neutral terms), they continued to decline in North America, decreasing 3% to $816 million.

That marks a full year of falling sales. And while footwear sales improved 5% to $284 million, revenue for the much-larger apparel category dipped 1% to $740 million.

For the quarter, Under Armour posted a net loss of $17.4 million, an improvement over the $95.5 million loss in the comparable period last year.

While the results show the company is making progress on its turnaround, observers point out it’s sliding backward at a time when competitors are galloping ahead -- especially when it comes to marketing to women.

“We see little evidence of a material pick-up in the way consumers, and especially women, see Under Armour,” writes Neil Saunders, managing director of GlobalData Retail, in his comment on the earnings.

“Our data show the company's ratings on measures like quality, performance and design are still below Nike’s and a long way below more focused players like Lululemon. Under Armour needs to carve out a more distinct and edgy position.”

Separately, Plank took to Instagram to defend Baltimore, posting an old TV spot that's a love letter to the brand’s hometown. The move follows a Trump tweetstorm, which -- among other insults -- called the city “rat and rodent infested.”

That prompted The Baltimore Sun to respond with a blistering editorial that it is “better to have some vermin living in your neighborhood than to be one.”

No word yet of a Trump tweet offensive against Plank, but this is water the CEO has swum in before, though on a different side of the pool. Plank has faced blistering criticism on social media -- including from Under Armour athletes like Stephen Curry, the Rock and Misty Copeland  -- for his support of Trump’s policies.