Emerging Regs for Cannabis Ads Include Prior Approval 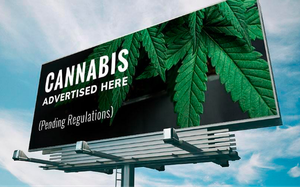 As states legalize cannabis for medical and recreational use, some states require pre-approval by government of pot advertising.

This tactic (prior approval of ads) is:

New York’s regulation: “Any advertisement for an approved medical marihuana product shall be submitted to the department (Department of Health) at least 30 business days prior to the public dissemination of the advertisement.”

Nevada’s Department of Taxation approval form looks like this:

Nevada recently approved a series of MedMen billboard ads with acceptable tag lines, such as “world-class cannabis,” and “Paint the town red.” The state agency denied a proposed billboard design that said “Keep your standards high,” in order to avoid marijuana slang.

As broadcasters shy away from cannabis advertising, out of home media (OOH) is a primary ad platform for the emerging, expanding cannabis industry. Eleven states — Illinois is the latest — legalized recreational marijuana; 33 states allow medical cannabis.

Billboard operators say prior approval has not caused problems; some managers appreciate the government sign-off. An OOH executive for a publicly traded billboard company sums up this view: “I have confidence that anything that comes across my desk has been vetted at the state level and has gotten signed off for approval.”

Does the distilled-spirits industry submit ads for prior approval?  No, says its trade group (Distilled Spirits Council of the United States). DISCUS has adopted detailed self-regulation of liquor advertising.

What about prescription drugs?  The Food & Drug Administration says: “Federal law does not allow the FDA to require that drug companies submit ads for approval ...”

Cannabis is still considered a controlled substance at the federal level, akin to heroin. The dichotomy between federal and state government means that states are taking the lead in regulating cannabis advertising. Rules for advertising vary state by state.

The respected, nonpartisan Congressional Research Service pointed out this year that the “Supreme Court has been increasingly protective of commercial speech,” a trend that spans several decades.

Veteran media attorneys who understand the interplay between regulation and First Amendment protections of the right to promote legal products generally view government-mandated prior review of ads as suspect.

Even warning labels, they note, can be indefensible in court. The U.S. Ninth Circuit Court of Appeals blocked San Francisco’s attempt to require a health warning on ads for sugary drinks, citing the First Amendment. 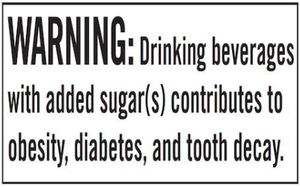 Internationally — beyond reach of the First Amendment — prior approval of ads seems more common. Australia’s Department of Health, for example, requires pre-approval of ads for medicines.

And, interestingly, the legal profession in America has used this tactic as a means of protecting its reputation. In 2006, the Florida Supreme Court approved rules requiring lawyer ads to be pre-approved by the Florida Bar.

The legal profession invoked prior approval of ads after a pair of attorneys used the image of a pit bull in a TV commercial. Sharks, wolves, crocodiles, and piranhas are not suitable for lawyer ads, said Florida’s highest court.