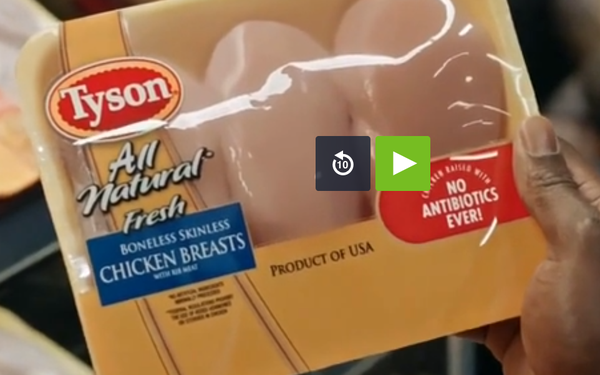 To say that newly arrived Dean President and CEO Eric Beringause faces a huge challenge in transforming the nation’s largest processor and direct-to-store distributor of fresh fluid milk is an understatement of bovine proportions. The company manages some 50 national and regional brands, including Dairy Pure and Oak Farms.

“Since stepping into the role last week, I am taking a fresh look at the direction of the business,” Beringause said on a conference call on Tuesday to announce Q2 earnings. “We know that Dean Foods can and must successfully transform itself,” added Beringause, whose background includes stints at Alcoa, Gerber, ConAgra, Nestle, Nabisco and Pillsbury.

The company reported an adjusted operating loss of $27 million in the second quarter.

Over the past decade or so, Dean has benefited from industry consolidation and by leveraging scale to reduce costs while supporting the country’s largest retailers. That model was supposed to help the company ride out raw milk cost cycles and periods of aggressive retailer and competitor actions, as one earnings call participant noted.

But white milk has been on a continuing decline as consumers have more beverage choices than ever. Add to that increases in dairy commodity prices and traditional retailers -- along with Amazon -- embracing private-label milk and its attendant low margins.

Asked about this landscape, Dean CFO Jody Macedonio said of retailers, “Those that are lowering their prices on private label and keeping them so low to drive traffic…we don’t believe it’s sustainable. And it’s cyclical in nature. They will choose something else to be a traffic driver.”

Red meat was a top performer for Tyson Foods in its third quarter, when corporate revenue of nearly $11 billion marked an all-time high. “Global beef demand was strong and our beef business is executing well,” CEO Noel White told investors. “Pasture conditions are the best that we've seen in several years and cattle supplies are expected to be good through at least 2021.”

The company launched an alternative plant protein product -- Raised & Rooted Nuggets --  and expects it to be offered in 4,000 retail stores by the end of September.

Bad news for some companies -- African swine flu that’s killing droves of hogs in China -- is potentially good news for Tyson, standing to boost sales of its beef, chicken and pork offerings.

Tyson executives shared a bar graph showing that, per Nielsen, in the 52 weeks ended June 26, seven of the the top 10 branded food companies showed sales volume declines with the exception of Tyson, Smucker’s and Kraft Heinz. Tyson’s core business lines were up 3.8% while on the other end of the spectrum, Kellogg’s volume was down 3.1%.