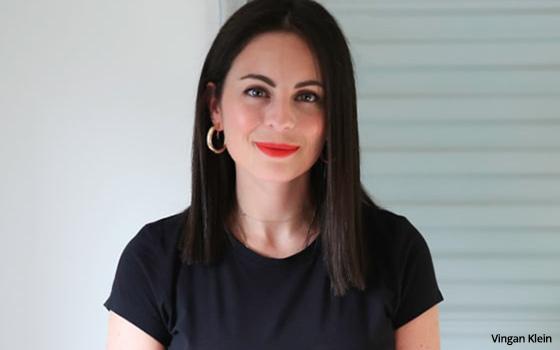 The digital and former print brand was acquired in June by Bustle Digital Group.

Vingan Klein begins her new role as editorial director of Nylon next month. She will oversee the entirety of editorial operations at Nylon. She will also oversee the relaunch of Nylon’s print edition.

The print version will begin production next year with a series of special editions.

Prior to joining Nylon, Vingan Klein was the web editor of Marie Claire for two years and also worked at Stylecaster. During her time at Fashionista, Vingan Klein served as a senior reporter before becoming its EIC.  Fashionista announced that deputy editor Tyler McCall will replace Vingan Klein.

Vingan Klein will report to Emma Rosenblum, who is the EIC of the company’s new lifestyle group. The group includes the brands Bustle, The Zoe Report, Elite Daily and Romper.

Bustle founder and EIC Kate Ward left BDG in April of this year.

Gabrielle Korn, who was EIC of Nylon’s digital arm before becoming its top editor after the print edition shuttered in 2017 following 20 years of publication, stepped down earlier this month following the acquisition.

Separately, former CNN producer, Jill Chappell Adly is joining the Deseret News as director of strategic reach and development. Adly has spent the past 18 years at CNN, most recently as the senior editorial producer for CNN’s "Situation Room with Wolf Blitzer," managing key domestic and global stories.