Will M&M's Glampground Experience Pull Other CPGs Into The Tent? 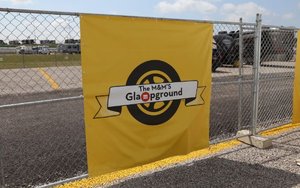 Even as more people young and old become hip to the term “glamping” (glamorous camping), marketers seem to be taking their time embracing this form of immersive sponsorship opportunity. Perhaps that will begin to change now that M&M’s has executed what appears to be the biggest glamping foray by a CPG marketer to date.

Glamping is positioned as a means of getting away — quite often to secluded areas —without having to sleep in a cheap tent like a 10-year-old Girl or Boy Scout and wake up swatting mosquitoes.

According to research aggregator Research And Markets (RAM), glamping is entering its “second wave” and by 2020 is projected to be a $1 billion industry in the United States. The domestic market by accommodation type is segmented into Airstreams, barns, cabins, cubes, farmhouses, pods, safari tents, trailers, tree houses, teepees, yurts — you name it.

RAM attributes part of the rise in interest in glamping to a wellness industry that has helped “burned-out Americans… looking out for vacations that are restorative and go above and beyond to help them feel better.”

Visit www.Glamping.com and you can choose and book an experience not only at properties in North America but in global destinations including Asia, Australia, Africa, Central America and Europe.

M&M’s chose to leverage its status as the official chocolate of NASCAR and create what it calls a Glampground at Kentucky Speedway in July. The M&M’s experience included 20 tents at $500 each, featuring a bathroom with private showers, VIP valet service, all meals included, movies and WiFi, among other amenities.

“We know that younger audiences crave experiences and are increasingly gravitating toward events like festivals and glamping, so the M&M’s Glampground seemed the perfect fit to treat existing fans to new at-track experiences, while also engaging a new audience in a fun and exciting way,” Mike Gilroy, vice president of trade development & sponsorship at Mars Wrigley Confectionery, tells CPG FYI.

M&M’s did a major public relations push for its Glampground in Kentucky, resulting in more than 75 local television spots plus a pre-race segment on the NBCSN broadcast. The experience will be repeated at a racetrack in Bristol, Connecticut later this month.

Glamping seems to mean different things to different people and providers. For example, Carol Shwidock, who owns a yoga studio in Connecticut, says she recently went glamping via the Getaway.house website. Two things she liked in particular were “The convenience of being in nature yet having the most comfortable mattress on the planet with a huge picture window the size of the wall.”

Says Kai Gilsey, vice president of guest experience at Getaway, "We don't generally use the term glamping. Getaway is about something deeper: about those magical moments that happen around a campfire, the joy that's unlocked when you get away from your devices and your routines."

Nonetheless, among other partnerships, Getaway did an event at Getaway Shenandoah in Virginia involving activewear provider Outdoor Voices and Little Sesame, a local Mediterranean chain that provided cooking sessions for participants, according to Gilsey.

Glamping.com hasn’t done any brand partnerships because the various properties it offers are independently owned. Thus marketers would have to negotiate their involvement on a property by property basis, according to the company’s marketing assistant, Tiffany Pace.

Nonetheless, it’s not hard to envision a brand like, say, L'Occitane, which already supplies amenities to upscale hotels, seeking to align itself with the more luxurious glamping accommodations. (CPG FYI reached out to the company for comment but had not heard back by deadline.)