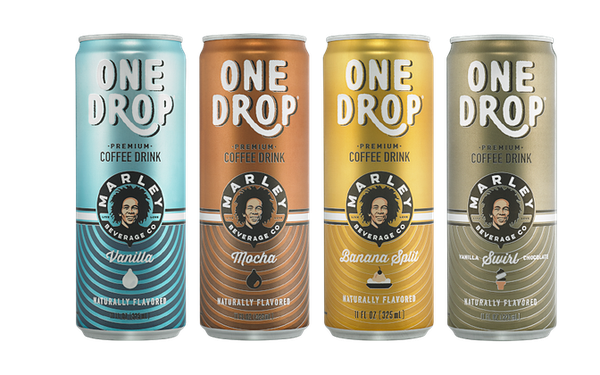 Beneath an ever-rising sea of non-alcohol beverage choices is an undercurrent of deals that continue to transform the market for new and old brands alike. A case in point is New Age Beverages, one of the fastest-growing entities in a market where everyone is eagerly awaiting Food and Drug Administration guidance on CBD-infused drinks.

When it comes to marketing CBD beverages, being a small player can be good and bad. Roughly 10 years old, New Age doesn’t have the scale of a Coca-Cola or PepsiCo, but it’s been nimble in making acquisitions, particularly in the past year. Problem is, being a publicly traded company, New Age has been sitting on tens of millions of dollars in pre-orders for its own CBD-infused drinks while smaller, independent competitors have beat it to market.

That's a major frustration expressed by New Age CEO Brent Willis as he described the FDA’s long-awaited efforts to regulate CBD in food and beverages as “murky as The Strait of Hormuz… that's a pretty difficult place to navigate these days," while explaining the company’s second quarter financial results on a call with investors last week.

Willis himself has gone from big to small in the beverage world, having been the youngest president of Coca-Cola Company in addition to working at InBev and Cott Beverages.

New Age’s strategy for outdistancing legacy beverage brands and upstarts is to corral the demand for healthy, lifestyle drinks and all things CBD with an omnichannel selling approach in the United States and abroad. New overall distribution deals for the company in 2019 include Walmart and 7-Eleven, along with Circle K.

In late 2018, New Age announced it would acquire Morinda Holdings, a Utah-based healthy lifestyles and beverage company with operations in more than 60 countries. Last month, New Age Deal closed on its acquisition of Brands Within Reach, the New York-based marketing, sales and distribution company that owns licensing or distribution rights to beverage brands including Nestea, Illy Ready-to-Drink Coffee, and Volvic and Evian premium waters. (Coca-Cola had held the rights to Nestea before BWR.)

“We also expect to achieve more than $10 million in revenue synergies within the first 18 months by cross-selling each other’s brands into existing key account relationships including Kroger, Costco, Walmart, 7 Eleven, Circle K and others,” Willis said of the BWR deal attributes.

On the same investor call, BWR founder Olivier Sonnois summed up the non-alcoholic beverage business thusly: “There are only about fifty companies over one hundred million in revenue in the sector. And there are more than ten thousand which are under ten million. Well, it is just very challenging to scale -- and even more challenging to scale in a profitable manner.”

Under the umbrella of its wholly owned subsidiary Health Sciences Division, New Age began shipping its portfolio of CBD oils, creams and lotions in April of this year, carrying the 'Nhanced brand name. The products are being sold through some 30,000 North American D2C product consultants as well as through a dedicated ecommerce website to consumers worldwide.

Earlier this year, New Age extended its agreement with the family of the late, ganja-loving Jamaican singer/songwriter Bob Marley for another 10 years. Yes, there will be CBD-infused Marley beverages along with current products like Marley Beverage Co.'s One Drop cold coffee drinks.

At the time, Willis disclosed that in the U.S. alone, New Age was sitting on more than $50 million of pre-orders for its CBD-infused drinks.