The New ViacomCBS: Anatomy Of A Merger 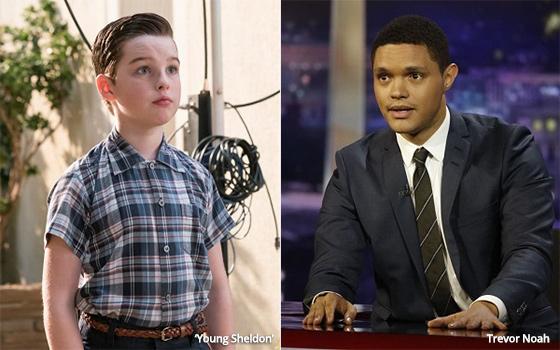 The news release arrived in my email inbox at 2:10 p.m. on Tuesday, and it was a doozy.

It was filled with all of the good news about the merger of Viacom and CBS that would form a new company called ViacomCBS.

According to this release, this merger would create: A “portfolio of powerful consumer brands spanning all content categories and demographics,” an “iconic library of 140,000+ premium TV episodes and 3,600+ film titles,” “production capabilities across five continents, including more than 750 series ordered to or in production,” “one of a few major film studios operating on a global basis,” “[one of] the biggest content spenders in the industry, with more than $13 billion spent in the last 12 months,” a “global reach of more than 4.3 billion cumulative TV subscribers in 180+ countries,” the “#1 share of broadcast and cable viewing across all key demographics in the U.S.” and a “first-choice distribution and advertising partner with industry-leading reach and capabilities.”

All of these statements may, in fact, be true (although it is reasonable to quibble with the use of the adjective “premium” in characterizing the 140,000+ episodes of old TV shows that comprise this new company's hoard of heritage content).

And yet, despite the inclusion of all these superlatives and big numbers, the verdict of the business press in the wake of this merger announcement seemed to be that the new company is still not big enough to compete effectively with industry leaders such as AT&T, Disney and Comcast.

For that reason, the stories indicated that this new company would itself be sold off to one of the larger majors, perhaps at some point in the near future when it is up and running as a unified new entity.

But the business press (or any press, for that matter) is not always right. One business journalist on Wednesday even tweeted a piece of video of National Amusements Chairman Sumner Redstone announcing the first merger of CBS and Viacom back in 1999, accompanied by the message “The more things change, the more things change the same.”

Well, the idea that “things” are the same today as they were in 1999 is ludicrous. The changes that have occurred in the last 20 years in the media, entertainment, advertising and technology landscapes hardly need to be listed here. To all who are reading this, they are self-evident.

At the risk of oversimplifying this complex business deal, when all is said and done, this re-merger took place in order to turn two companies that now seem much smaller than they once did into a combined entity possessing greater size and heft than they each would have had separately.

In some ways (if not exactly), the deal that this merger resembles most was Discovery's 2018 takeover of the Scripps cable networks -- a move that added five valuable cable channels to Discovery’s portfolio of basic cable networks, now numbering 16.

It was an expansion play aimed at achieving “scale,” that oft-used word that can be interpreted in at least some usages as having the ability to offer more and wider opportunities for advertising messages over more media (i.e., platforms) than before.

If memory serves, Discovery sought this increase in the real estate it occupies (rents, actually) on basic cable in order to present a bigger, more attractive collection of platforms for marketers seeking to reach women, among whom both the Discovery and Scripps networks perform strongly.

The Viacom-CBS merger is not a cable real estate play, but each company can be said to have wanted something the other had. For example, CBS had very little presence on basic cable, but now it will. For its part, Viacom will now be partnered with a major over-the-air television network whose original content draws audiences far larger than just about anything on any of its cable networks. And CBS has sports rights, such as NFL games, that Viacom had no access to.

The emphasis in the news release on production spending ($13 billion this year!) and that library of “140,000+” episodes seemed to be aimed at elevating the new ViacomCBS to the status of “major player” in the streaming wars. Production numbers such as that $13 billion are frequently tossed around in press stories about Netflix and the other streamers.

And the new company's ownership of thousands of old shows is supposed to imply that it can be a player in the same streaming arena as Disney and Comcast, whose content holdings are widely seen as an advantage for them in their looming competition with Netflix.

So now that “Young Sheldon” (CBS) has been united with Trevor Noah (Viacom's Comedy Central), the new ViacomCBS is new, improved and bigger. But will it be better?

In some ways, this merger of a company reliant almost entirely on basic cable distribution (Viacom) with a legacy broadcaster (CBS) resembles in some ways the mergers we have seen in recent years of newspaper companies. The newly formed companies are certainly bigger. But so, it would seem, are their challenges.