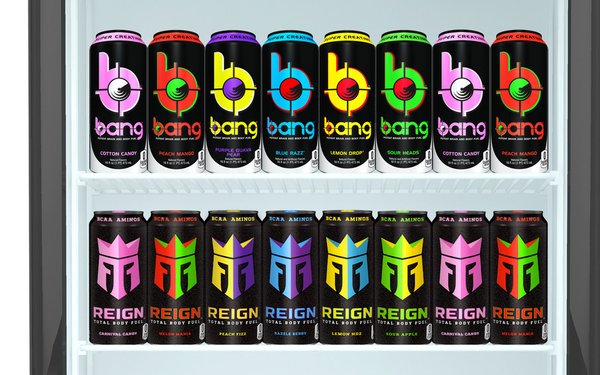 The legal disputes keep on coming at Monster Beverage Corp., even as arbitration over distribution with minority owner Coca-Cola Co. has just been put to rest.

About a month after Coca-Cola won the distribution issue via arbitration in June, competitor Bang filed the second of two suits against Monster, accusing Monster of using the “Internet to confuse, defraud and deceive the public about Bang Energy, its products, and CEO,” among other charges.

The conflicts come as Monster and Bang ward off a bevy of products in the ever-expanding energy drink category.

When Coca-Cola Co. acquired a 16.7% stake in Monster in 2015, their distribution agreements stipulated that energy products from the two companies would bear the Monster brand. Coke subsequently decided to launch Coca-Cola Energy and an ensuing dispute resulted in arbitration, which ended on June 28 in Coca-Cola’s favor.

In the first half of 2019, Coca-Cola launched Coke Energy as a premium product, and Predator under the Monster brand at the lower end of the price scale. “The energy category is ripe for innovation and further segmentation to really unlock its vast potential,” the CEO for Coca-Cola Hellenic Bottling Company Zoran Bogdanovic, told investors on an Aug. 8, second-quarter earnings call.

While Monster products have long been the mainstay of young video gamers, Bang appeals to a broad demographic that doesn’t necessarily consider it an “energy” drink but is attracted to its specific ingredients. Nonetheless, Monster and Bang have been duking it out on store shelves as more brands flood the market.

In September of 2018, Monster filed suit in California against Vital Pharmaceuticals, which markets Bang under its VPX Sports label, alleging false advertising with regard to certain health claims made by Bang. Then in March of 2019, VPX sued Monster for trademark infringement, claiming that Monster spinoff Reign Beverage Co. had created a “knockoff version” of Bang called Reign. (See image above, which shows packaging for both brands.)

In a separate lawsuit filed earlier this month, Bang Energy accused Monster of using the internet “to confuse, defraud and deceive the public about Bang Energy, its products, and CEO.” Bang went on to accuse Monster of “hiring paid social media influencers as co-conspirators without adequate disclosures," along with "Monster’s surreptitious creation of unaffiliated websites promoting a dubious smear campaign orchestrated by Monster.”

In a recent second-quarter earnings call with investors, Monster CEO Rodney Sacks mentioned the various lawsuits but declined to discuss their current status. He did note that sales of Reign beverages from June through December 2019 were projected to exceed $235 million.

(Marketing Daily reached out to VPX for comment and was waiting for a response at deadline.)

Per Nielsen, for the 13 weeks through July 27, 2019, sales in dollars in the energy drink category (including energy shots) increased by 9.9% versus the same period a year ago, according to Sacks.

He also indicated that later this year, Monster will launch Monster Mule, Reign Orange Creamsicle, Reign Strawberry Sublime and Reign Mango Magic in the United States. Reign launched at Walmart about a week ago, according to Sacks.